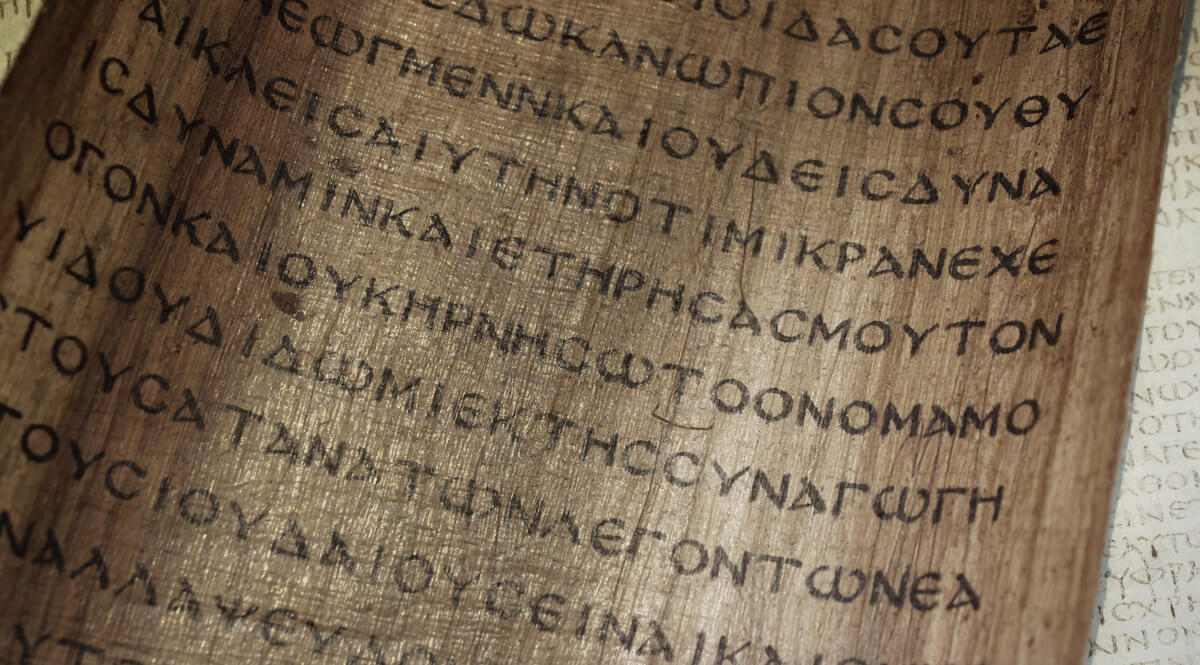 As a member of the public, you should never, never, take biblical scholarship too seriously. You can only do that if you are a scholar yourself, and carry not only the training but the responsibility to examine claims by your fellow scholars. The 21st century has seen an explosion upon the public consciousness of what I would call bad scholarship (or in the case of The Da Vinci Code, no scholarship at all). It may come as a surprise to you to learn that precious little is known of the world of the Bible beyond the book itself.

For a while, a range of scholars argued that King David never existed. He was just a Hebrew myth. Why did they think that? Because archaeology had found no evidence of him in ancient inscriptions. The Bible doesn’t count as evidence, I fear. Then, in more recent years, an inscription mentioning the House of David explicitly was found by accident. It is surprising how many significant finds have come about by accident.

The problem with archaeology is that we are left to put together a picture of the past from very little hard evidence. In point of fact, the Bible itself is hard evidence, but scholars are obligated to approach it with a blank slate. They can’t start out believing the Bible is true and then set out to prove it is true. I think that’s fair, and I have no problem with biblical scholars who write as though there was no evidence of the supernatural at all. That is their duty as scholars. My duty, as a member of the public, is to keep that in mind, and not to give too much credence to their theories. After all, why should I lend more credibility to scholars than they are willing to lend to the Bible? Take, for example, a book claiming that a recent discovery had indeed exposed Christianity…