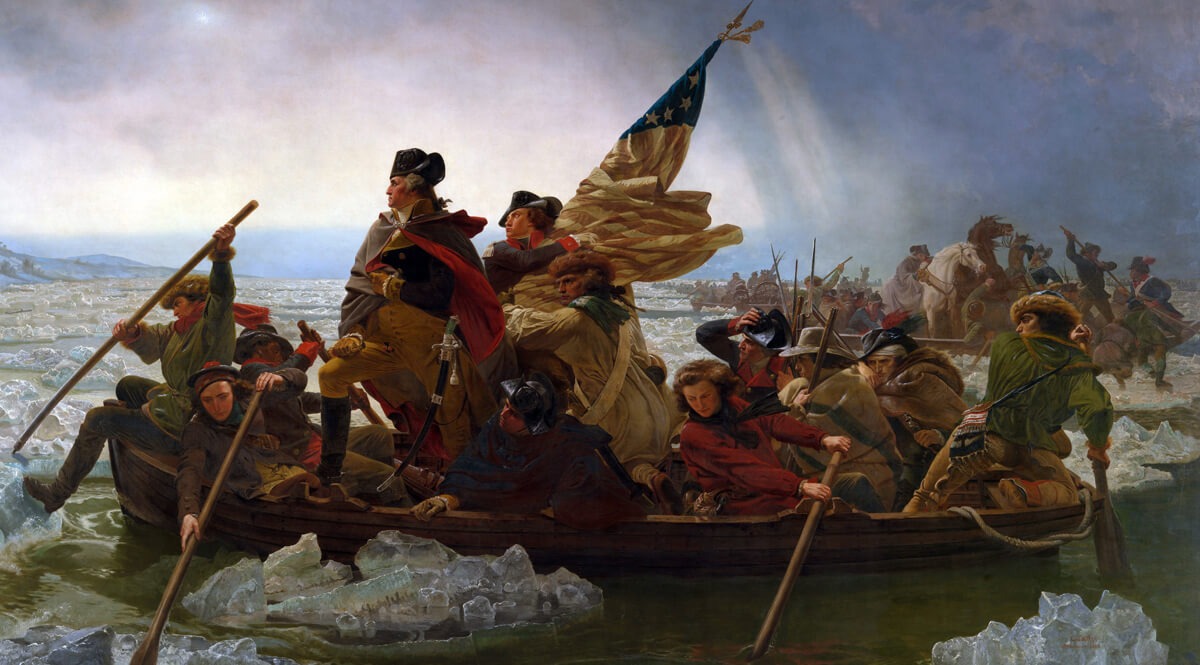 These are times that try men’s souls; the summer soldier and the sunshine patriot will, in this crisis, shrink from the service of his country; but he that stands it now, deserves the love and thanks of man and woman. Tyranny, like hell, is not easily conquered; yet we have this consolation with us, that the harder the conflict, the more glorious the triumph.

It is amazing how the same principles emerge again and again in all walks of life. This paragraph reminded me of the speech by Henry V, in Shakespeare’s play, on the eve of the battle of Agincourt. I guess it is true that human nature doesn’t change. Neither does the divine nature.

Washington read this to his troops not long before crossing the Delaware on the famous night of December 25, 1776. Washington’s army had collapsed from 30,000 to 2,500. One third of these did not have boots; they wrapped their feet in burlap and left a trail in blood as the marched the nine miles to Trenton to cross the river—at night, in a snowstorm. The password that night? Victory or death. And I have no doubt that those with feet wrapped in burlap knew the truth well enough: Tyranny, like hell, is not easily conquered.

It is an odd thing to consider that tyranny does not arise in a night from nowhere, and a sobering thing to consider that we are in danger of surrendering to the new Tyranny. When I heard a speech outlining what happened on that occasion, I thought of Christians now in 21st-century America. Many people today seem to think that the Christian Church is facing a crisis.

I think it is indeed; but I need to open your mind a little to the nature of that Crisis, how we should think about it, and what we should do about it. First, don’t assume that your church is the only church with a problem. If there are people in your church, you have a problem; because churches are composed of people, and people are always a problem. And, as unlikely as it seems, you are likely part of the problem yourself.

Where would I go in the Bible to evaluate my church, your church, our churches, our Christianity? The Epistles of Paul? Oh yes, and John and Peter. But there is a temptation when you read this to say, Oh, that was them. We don’t have that problem. That said, there are some letters in the New Testament that seem to be directed more broadly in time and place. There are seven of them, and they are found in chapters two and three of Revelation…