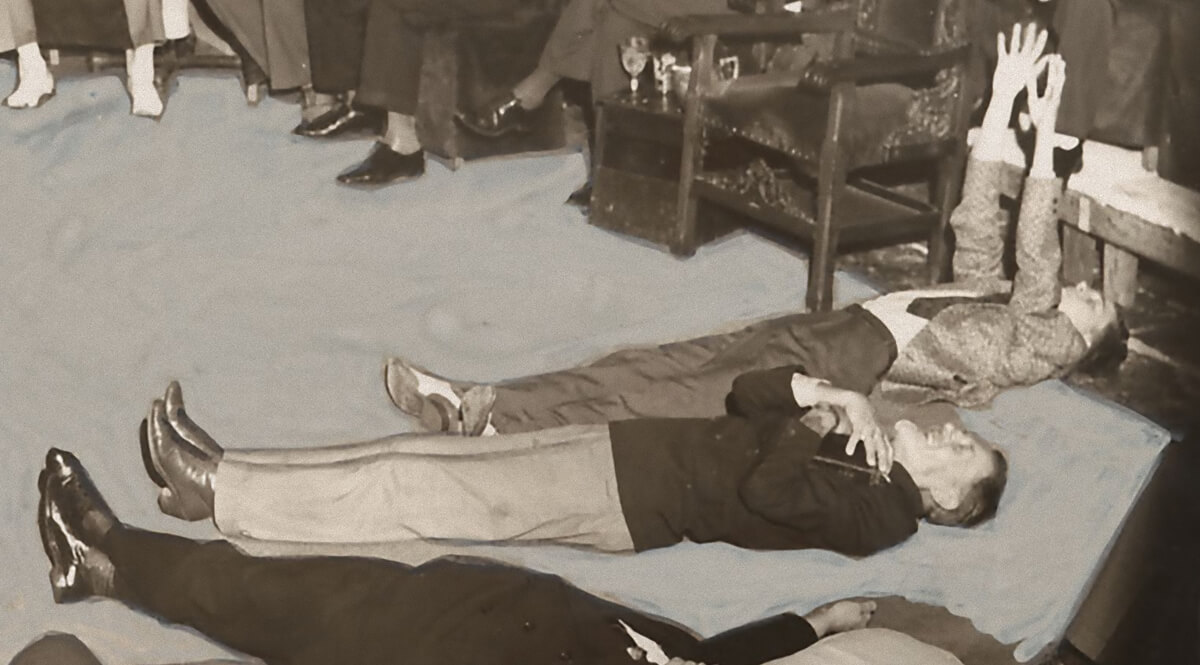 How would you like to see God—to actually hear his voice? Yeah, I would too. At least, I think I would. Some people got close once. You remember the story from Exodus where Israel gathered around the bottom of Mount Sinai and God came down on the mountain and spoke to them? Boy, when he came down the whole thing began to smoke. When God spoke from the mountain, we’re told that the rocks broke at the sound of his voice. It’s no small wonder that the people were frightened. They packed up their things, moved a distance away, and begged Moses to go speak to God in their place. So, yeah, I would like to see God and hear his voice, but I have a feeling I’d be better off waiting until I’m a spirit being.

People, by playing around with this kind of thing, make themselves vulnerable to every fake and charlatan that comes along trying to make a fast buck or make a play on your gullibility. Some people even go to church looking not so much for God but for a manifestation of God. And in some places they find what they’re looking for: people coming under the power of a spirit. They find them jumping up and down in place, laying inert on the floor, or falling into uncontrollable laughter and dance. The people who have experienced this are firmly convinced that it is of God. But how do they know and what can they offer us as proof? We can begin by looking at what the Apostle John wrote on this matter.

Get your FREE COPY of Try the Spirits #1this message now!
×

Get a FREE copy of
Try the Spirits #1