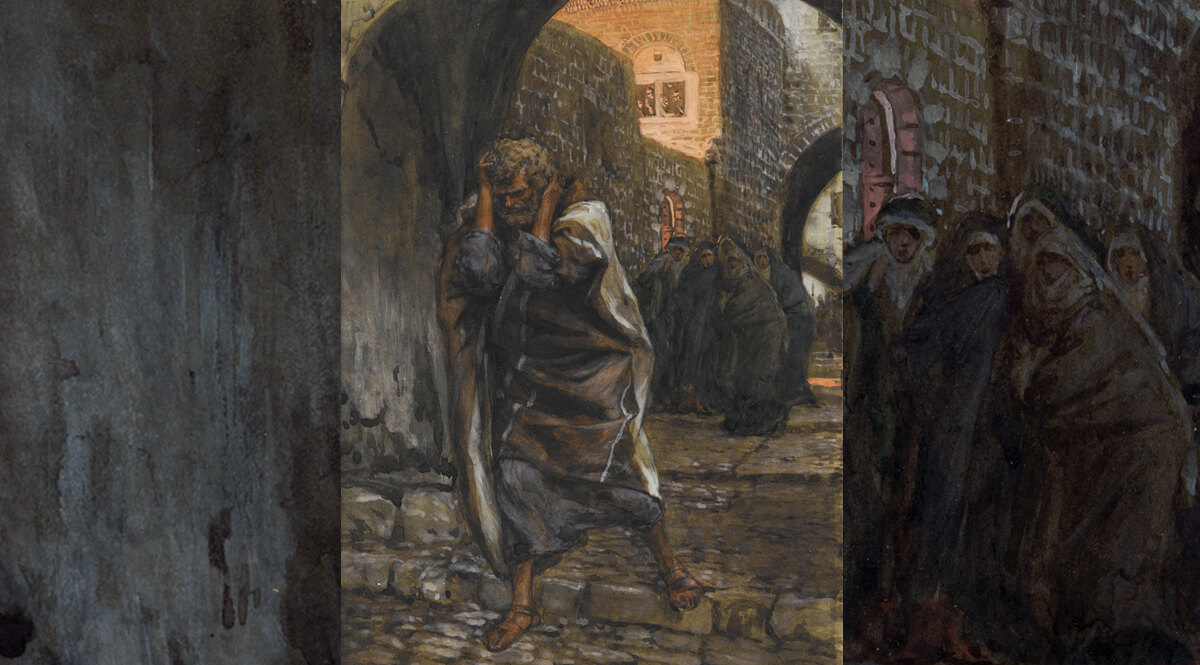 My heart goes out to Simon Peter. It is impossible to feel what Simon and the others felt on the night Jesus was arrested. They had followed this good and gentle man up and down the hills of Judea and Galilee for 3 1⁄2 long years. Not only did they love him like a brother, they were convinced of the rightness of his cause—their cause. When you have done nothing but good, when you have been nothing but kind, when you are absolutely convinced that your cause is just and your conduct righteous and blameless, it must come as a terrible shock to have your leader betrayed, arrested, and dragged away in chains.

But that was not the worst of it. When Jesus was arrested, Simon Peter and all the rest of them had fled into the darkness in abject fear. There is no ease for the shame that comes on a man when he has run away. No one needs to convict him of cowardice, for his own heart is judge and jury. I suspect that it was that sense of shame that brought Peter back to follow Jesus and his captors back to the place of judgement. Peter was trying hard to recapture his courage.

And Simon Peter followed Jesus, and so did another disciple: that disciple was known unto the high priest, and went in with Jesus into the court of the high priest. But Peter stood at the door outside. Then went out that other disciple, who was known unto the high priest, and spoke unto her that kept the door, and brought in Peter. Then said the girl that kept the door unto Peter, Are not you also one of this man’s disciples? He said, I am not. And the servants and officers stood there, who had made a fire of coals; for it was cold: and they warmed themselves: and Peter stood with them, and warmed himself.

These were some of the very people who had arrested Jesus. (Apparently they had not seen Peter in the garden.) It took a certain amount of courage to be in that place, trying to keep his hands from shaking with the cold and the fear. But it would have taken a lot more to have confessed Jesus, in that time and in that place. Peter stood and warmed himself by the enemies’ fire—and denied Jesus, outright.