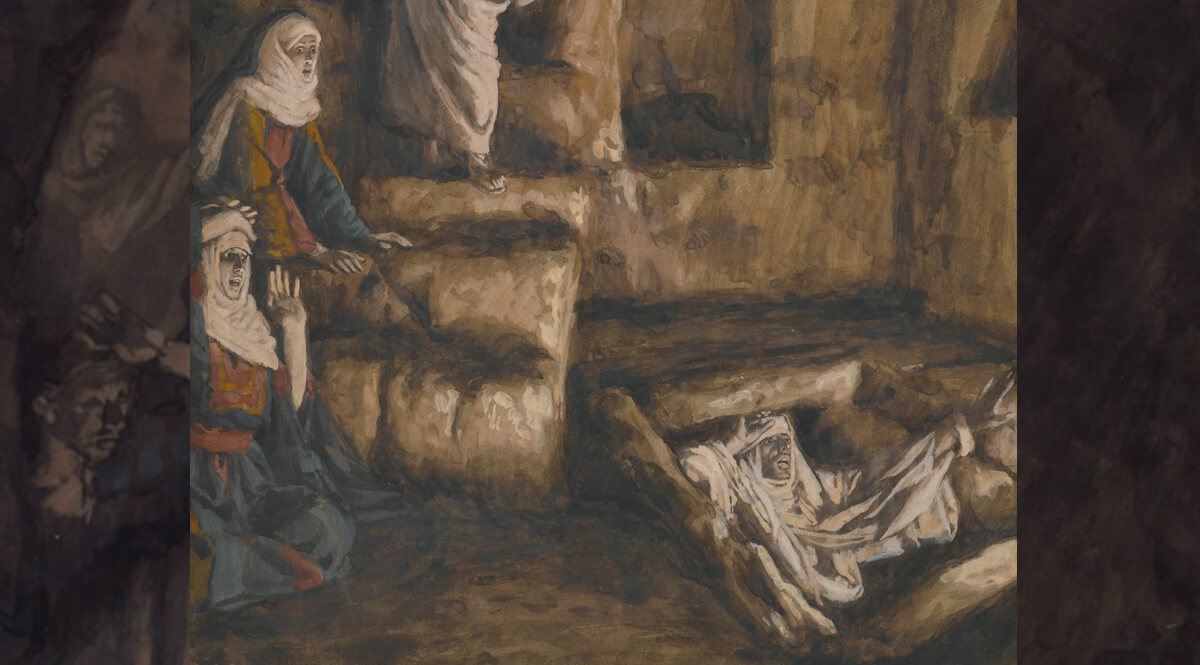 The chances are pretty good that you know someone who has had a miraculous answer to prayer. There are a lot of people walking around out there who ought to be dead. But people have prayed for them, and tumors have disappeared. The problem is often that the healing can be explained away: missed diagnosis, spontaneous remission, etc. There is one miracle that is hard to explain away. A man who was surely dead, who was brought back to life. No, I don’t know anyone like that. But Jesus did.

Now a certain man was sick, named Lazarus, of Bethany, the town of Mary and her sister Martha. (It was that Mary which anointed the Lord with ointment, and wiped his feet with her hair, whose brother Lazarus was sick.) Therefore his sisters sent unto him, saying, Lord, behold, he whom thou lovest is sick. When Jesus heard that, he said, This sickness is not unto death, but for the glory of God, that the Son of God might be glorified thereby.