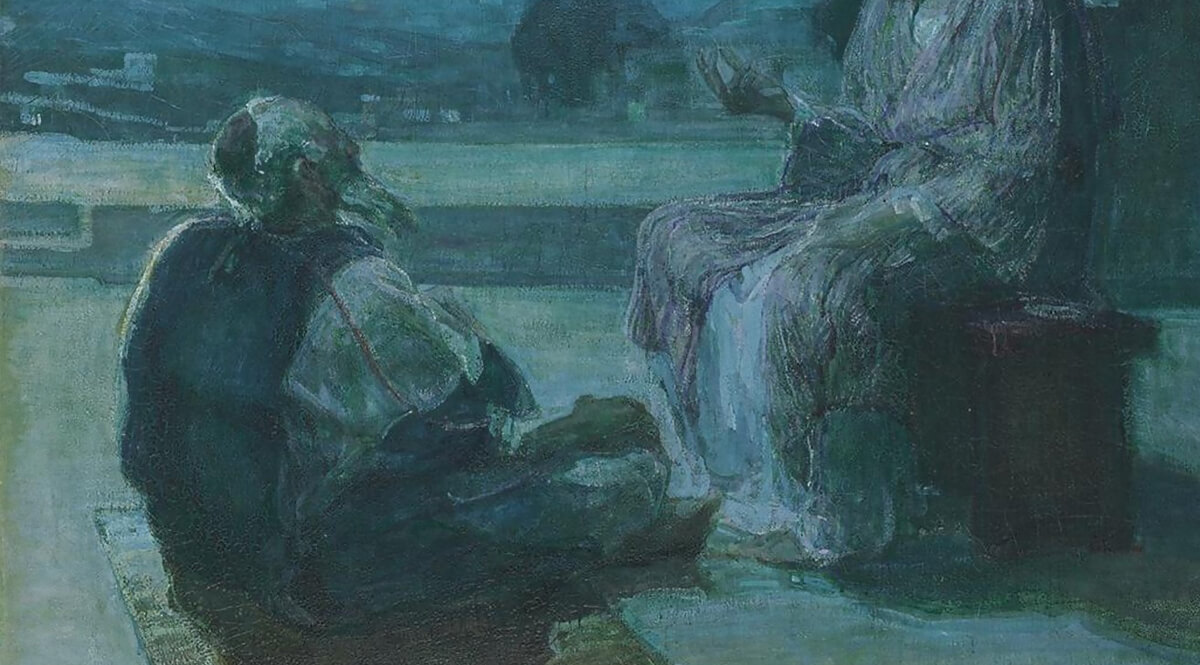 Whatever image you have in your mind of Jesus Christ, it is surely wrong. None of his disciples told us anything at all about how Jesus looked—which is a curious oversight, in a way, because we really would like to know. It comes as a shock to some people when they learn that the picture of Jesus they bought and hung on the wall is a painting of some male model the artist recruited to sit for the portrait.

There is every indication that Jesus was unremarkable physically. He was a Jew, but that was completely ordinary to his disciples. So we know nothing about Jesus’ physical appearance, but we do know a great deal about his character and personality—which is of a great deal more interest anyway. He was definitely not a talkative man. And when he did speak, he was often cryptic. When he acted, though, he was pretty definite.

And the Jews’ passover was at hand, and Jesus went up to Jerusalem, And found in the temple those that sold oxen and sheep and doves, and the changers of money sitting: And when he had made a scourge of small cords, he drove them all out of the temple, and the sheep, and the oxen; and poured out the changers’ money, and overthrew the tables; And said unto them that sold doves, Take these things away; make not my Father’s house a house of merchandise.

I have often pondered how Jesus got away with this. He turned the whole place upside-down, and no one laid a hand on him. I think they were a little bit afraid of him. First, they knew that he was right. No one argued that these activities should have been going on. The temple should have been a quiet place of prayer, filled with the smell of incense. But it had all the noise of a marketplace and the stench of animal dung. They knew this was not right. I think that Jesus also had a charismatic personality—he spoke and acted with authority. When challenged on the source of his authority, Jesus had this to say…