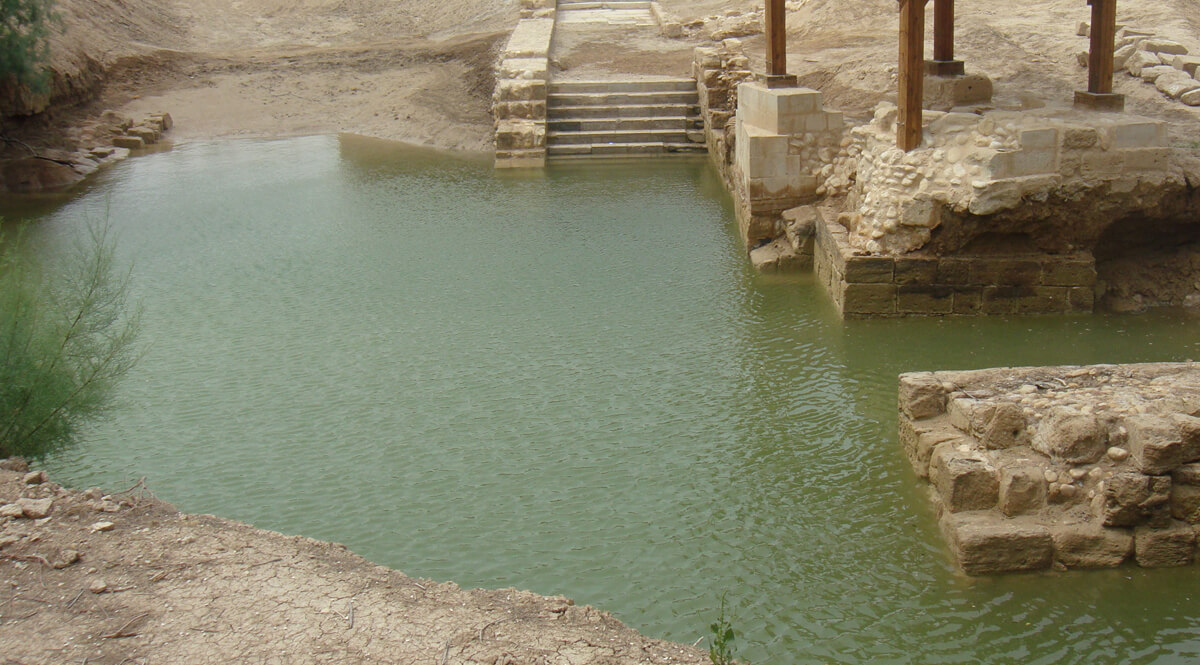 Nothing is more central to the Christian faith than baptism. Whether it be by immersion, sprinkling, or pouring, baptism is the initiation rite to the Christian church. If you haven’t been baptized somehow, someway, you haven’t met the entry level requirement. Baptism is a Christian thing—and yet baptism did not originate with Christianity. It had been practiced for at least 150 years before Jesus appeared on the scene, and even in the New Testament itself it does not originally come from Jesus, but from John the Baptist, who baptized Jesus himself.

There is a puzzling exchange that takes place between these two men, and it is only in recent years (because of things we’ve learned from the Dead Sea Scrolls) that we have come to understand what it is all about:

Then came Jesus from Galilee to Jordan unto John, to be baptized by him. But John forbad him, saying, I have need to be baptized by you, and come you to me? And Jesus answering said unto him, Permit it to be so now: for thus it is fitting for us to fulfill all righteousness. Then he permitted him.

Baptism was already an old custom—how old, no one really knows. The Qumran community had been in the area where John was baptizing for generations, and John’s baptism resembled theirs in some important respects. We make a mistake if we project the doctrine of Christian baptism back onto John’s baptism. There was an important difference. Christian baptism washes away sins—purifies. But the baptism of the Qumran community required that a person become clean and free from sin before he could be baptized. It is hard to say if John knew anything of Christian baptism when Jesus came to him. Now, listen to the words of Jesus in response to John…