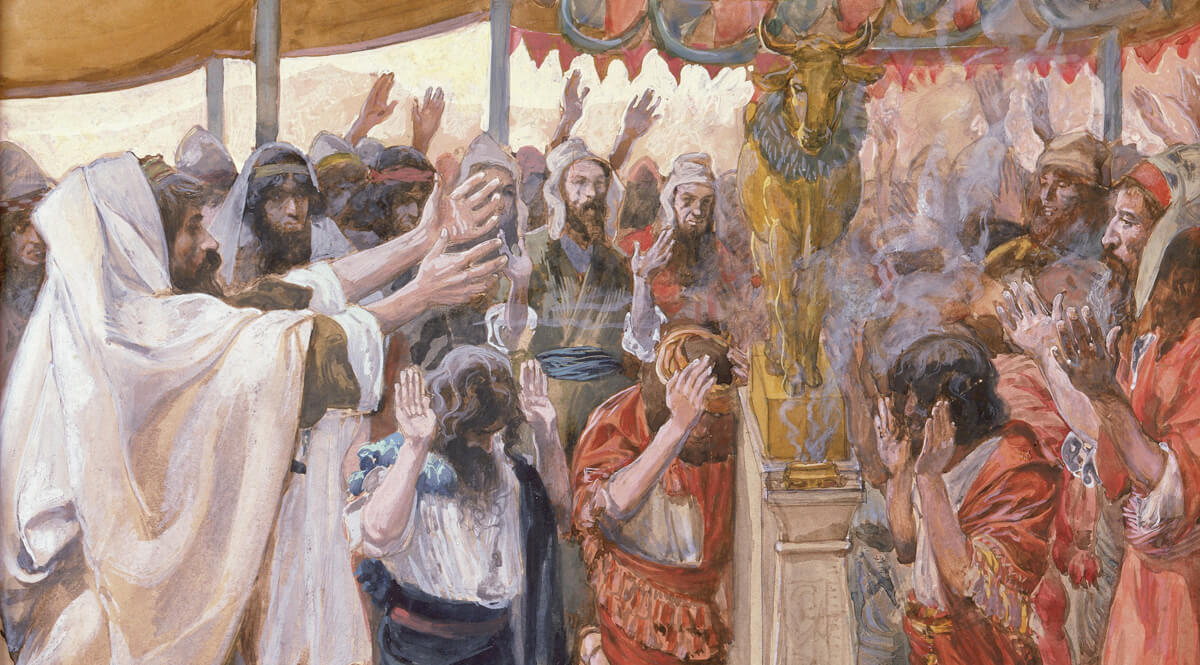 By the time God finished thundering the First Commandment down from Mount Sinai, I expect most of the people waiting below were shattered. The experience of God, first-hand, was more than they could bear. There was thunder and lighting on the mountain, and the sound of a trumpet that was so loud it nearly broke the rocks, and then the voice of God rolling down the mountainside. All this was enough to loosen the bowels of a man. Many people probably fainted dead away, and we haven’t even gotten to the Second Commandment yet.

The Creator God speaks from the top of Mount Sinai with the mountain smoking in His presence. With thunder and lightning everywhere, and with some grown, strong men fainting dead away at the foot of the mountain from the sound of His voice, He says:

You shall have no other gods before me. You shall not make unto yourself any graven image, or any likeness of any thing that is in heaven above, or that is in the earth beneath, or that is in the water under the earth: You shall not bow down yourself to them, nor serve them: for I the Lord your God am a jealous God, visiting the iniquity of the fathers upon the children unto the third and fourth generation of them that hate me; And showing mercy unto thousands of them that love me, and keep my commandments.

There it is, the Second Commandment! Now, what is so important about graven images? What’s the big deal?