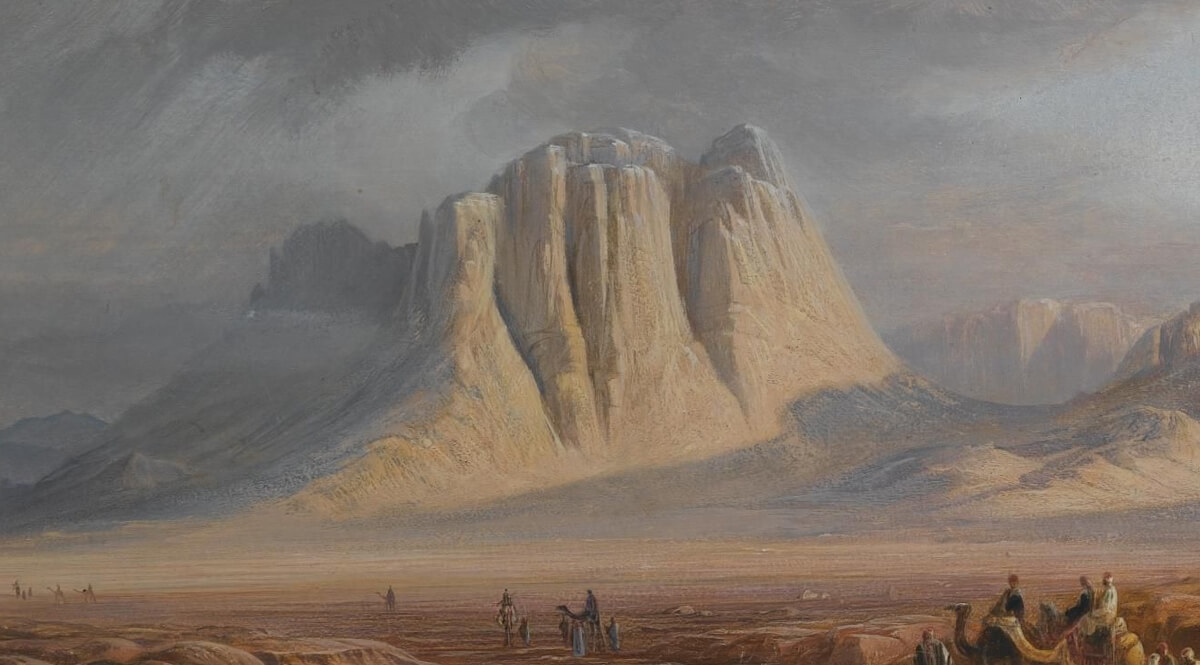 The southern end of the Sinai Peninsula has to be one of the most desolate spots on the globe. Beautiful? Hardly. We’re not talking about the Swiss Alps, here. And when you look at a map, you have to wonder what led God to bring these people here to give them the Ten Commandments. The journey was long, hard, and hot—it would have been nearly June on our calendar. They had already given Moses a lot of misery about a lack of food and water, and now he brought them to this desolate place, and a lot of them probably wondered, Why here? Why couldn’t we be somewhere else?

The desolation, though, was probably part of the point. God was going to reveal himself to a chosen people. It would be a spectacular revelation. He was going to enter into a covenant with them and no one else. And so he brought them to the only place they could have gone on foot where he could be alone be a few hundred thousand people. It was not a place with green grass, trees, and brooks of water; it was dry, dusty, hot, and uncomfortable. But, if you’ve read the Bible very much you’ll realize that God is not very concerned with our material comfort; he’s after something a little more important than that.

When these people finally made camp at Mount Sinai, the air must have been electric with anticipation. They had no way of knowing what was going to happen, but they knew they had come here to meet God. Moses went up the mountain for a preliminary meeting with God, and he came back with this message.