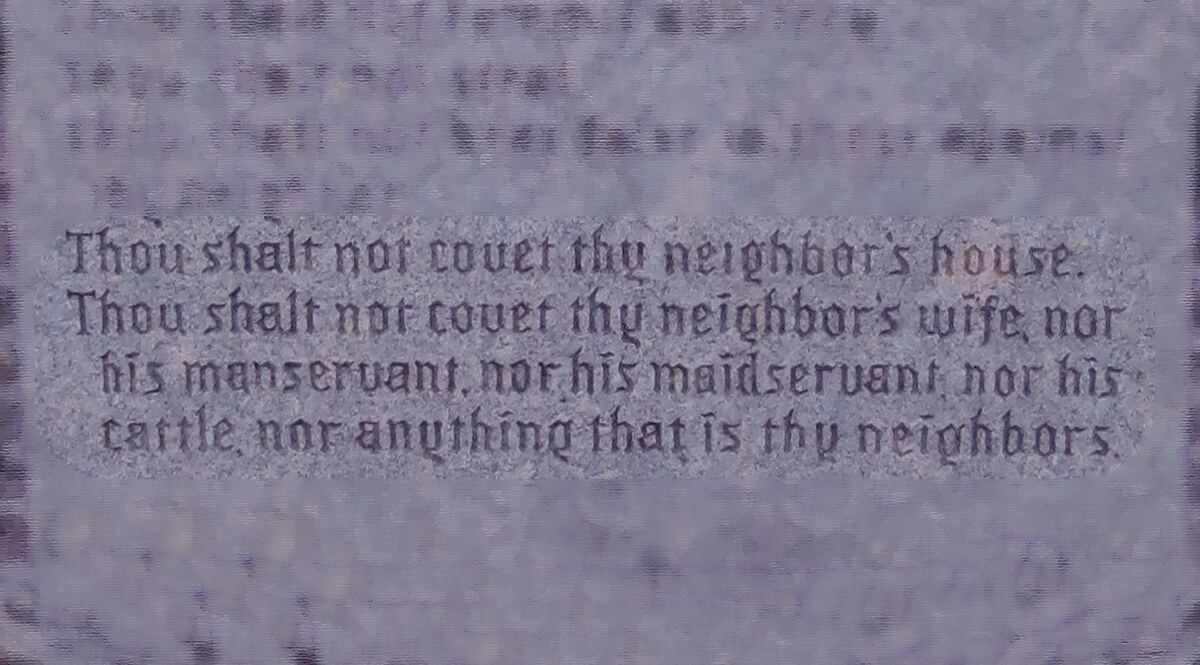 At the bottom of the scale, “We are not to covet our neighbor’s ass.” That says it all, doesn’t it? What is there to want or covet about a donkey? Would you covet the pretty ones? You know, if you see one jackass then you have seen them all. So why covet those things?

You know covetousness, all by itself, would seem to be a harmless fault. It wouldn’t seem like a very big deal, merely to sit and wish you had something that you don’t have, it doesn’t seem to amount to much. But in another way, it’s a sickness, and perhaps from this sickness much of the violation of the other nine Commandments arises. To begin, there are a couple of really important concepts regarding covetousness that we can learn from from a aphorism of Solomon found in Proverbs 21:25.