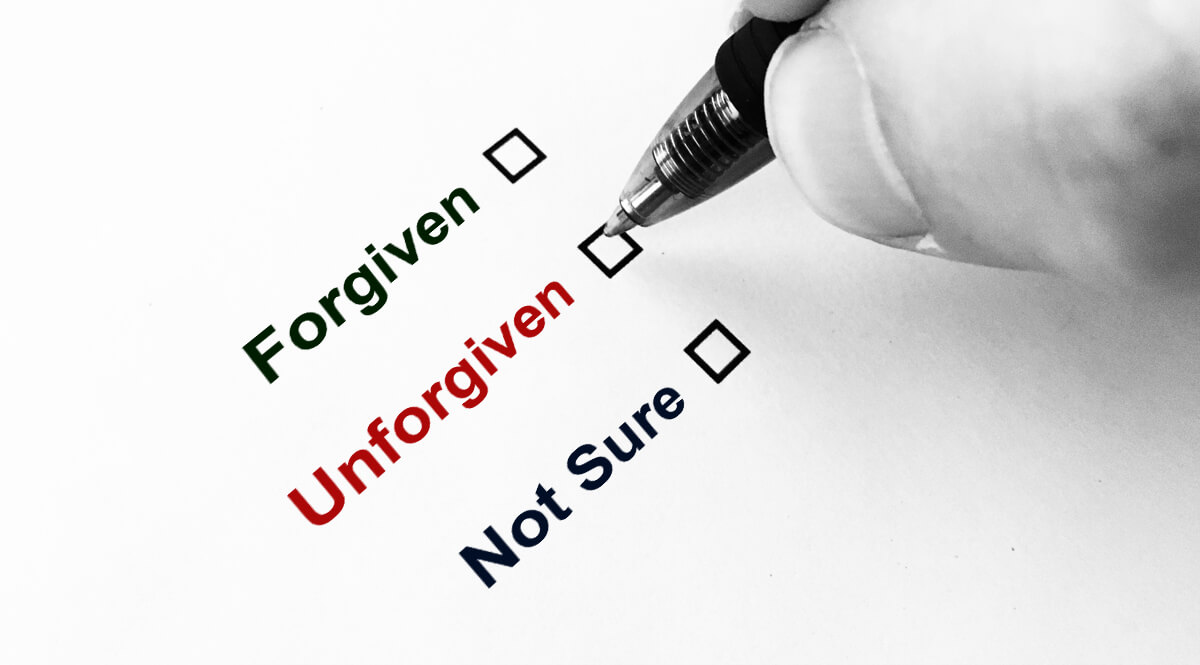 Is there such a thing as the unpardonable sin? It’s a disturbing idea—that there might be something I could do that could never be forgiven. And, since I have had the question in last day or so, I thought I might tell you what I know about it. It is, I think, rather more complicated than a set of a few proof texts commonly quoted and explained. Let me start with what God is really like.

The images people carry around in their heads about God often bear little resemblance to the real God of creation and the Bible. To some, God is a kind of grandfather in the sky. Not really a Father, because a father is more immediate and judgmental. No, a grandfather is better, because they let you get away with more stuff. I might despair of really understanding God if it weren’t for some revealing statements in the Bible. Take this quote from Jeremiah, for instance.