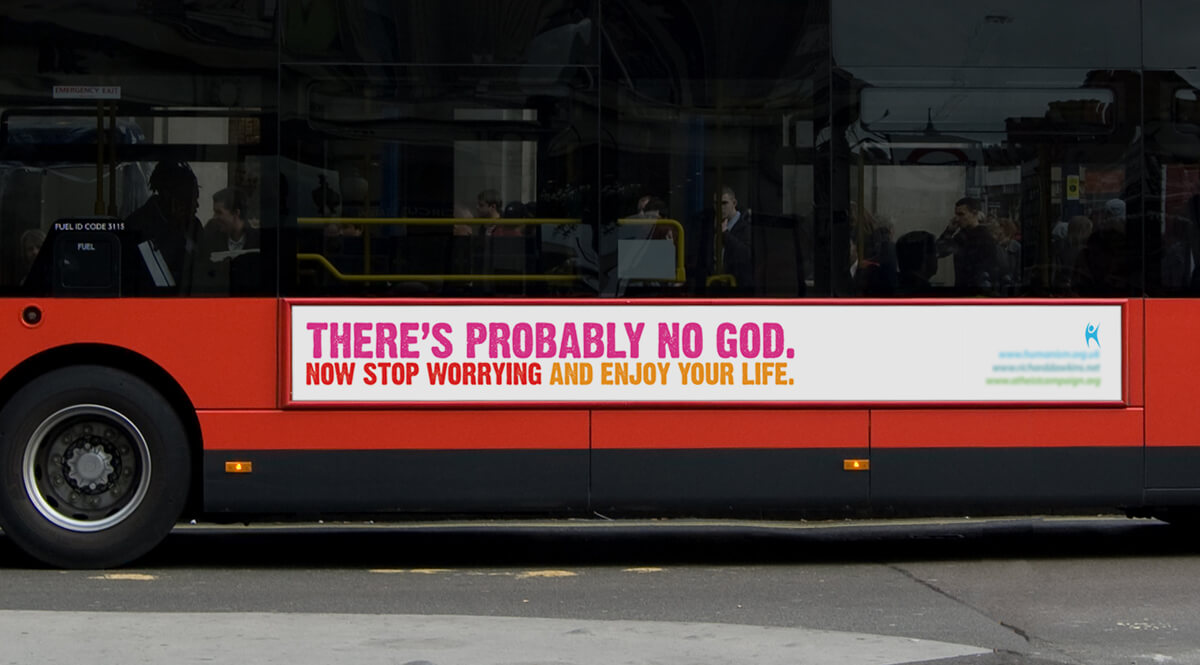 Periodically, it seems, society gets a new rash of atheists. I think rash may be a good metaphor. Like many irritants, though, it may serve a useful purpose in that it gets us off our posteriors and on our feet.

All religions indeed cannot be true, but that hardly forecloses the question: Why and how have religions become to universal in human society? It is an important question, and one not so easily dismissed. And how could a God who is good create a world with so much evil? How can one look to the Bible for guidance when it prescribes things like slavery and the stoning of children?

One of these new atheists says to tell a Christian that frozen yogurt can make a man invisible, and he is likely to require as much evidence as anyone else, and to be persuaded only to the extent that you give it. Tell him that the book he keeps by his bed was written by an invisible deity who will punish him with fire for eternity if he fails to accept its every incredible claim about the universe, and he seems to require no evidence whatsoever.

What bothers me about this line of argument is not merely that it is wrong about what the Bible says, but that it is being made by scholars who have to know that they are presenting a one-sided view of the Bible. They should be aware that the Bible doesn’t say that. Christian preachers and Muslim imams may, but not God and not the Bible. So what does the Bible say about these things?