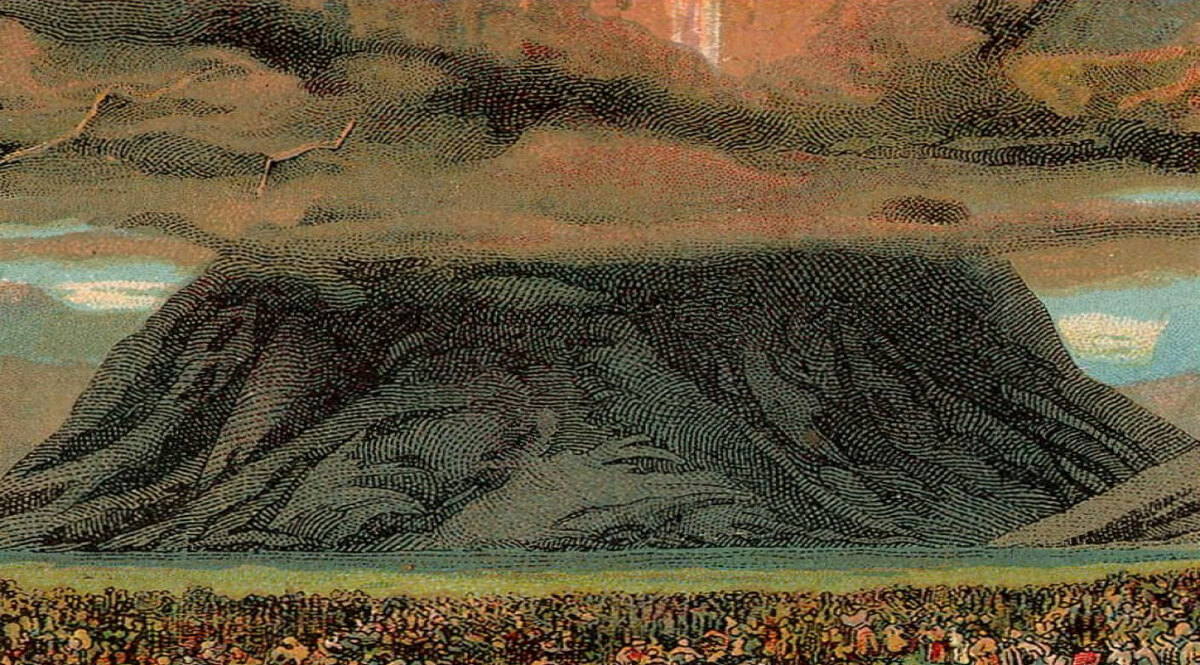 Why is God so mysterious? Why all the mumbo-jumbo about religion? Why doesn’t God just speak plainly to man and tell us what he wants? I think that is a fair question. So does God. So, one day God did just that.

The whole nation of Israel was gathered around the foot of Mt Sinai when God Himself descended on the mountain. The entire top of the mountain began to smoke and sent up a great pillar of smoke into the sky, and the whole mountain began to shake. (This was not just special effects to impress the Israelites; it was the natural result of a power coming into contact with the rock on the mountain.) And God spoke in a great voice rumbling down the mountain so it could be heard by all the thousands assembled below. It was a shattering experience for the people who were there that day.

Now, what could have been so important that God himself wanted to say it to the people in person? And was it said in a mysterious language, or symbolism that was hard to understand? Not really. Among the profound things that God had to say on this occasion was this simple sentence: Thou shalt not steal. Can you find anything mysterious about that statement? Is there anything about it that you don’t understand? Probably not. On this occasion, God had ten things to say to Israel, each of them was just as clear as Thou shalt not steal.

So why is it that religion is so complicated? Why is theology so difficult? Where does the mystery come from?