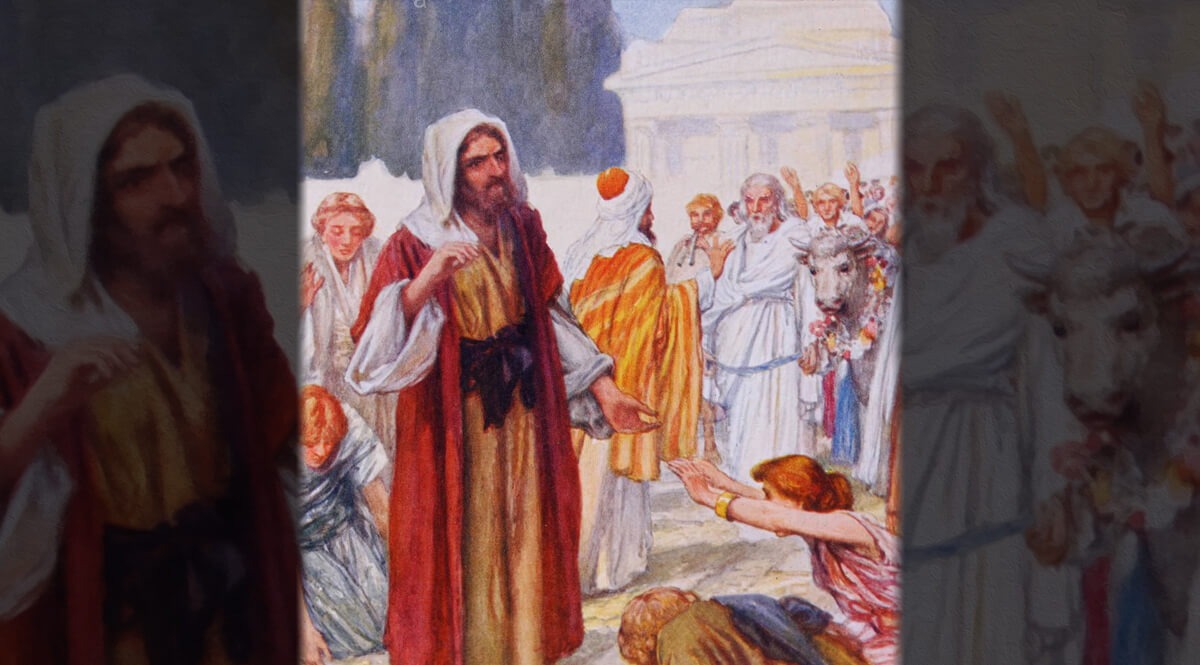 And when the people saw what Paul had done, they lifted up their voices, saying in the speech of Lycaonia, The gods are come down to us in the likeness of men. And they called Barnabas, Jupiter; and Paul, Mercury, because he was the chief speaker. Then the priest of Jupiter, being before their city, brought oxen and garlands unto the gates, and would have done sacrifice with the people.

Which when the apostles, Barnabas and Paul, heard of, they tore their clothes, and ran in among the people, crying out[.]

This message has also been released with the title: “The Epistles of Paul #6”