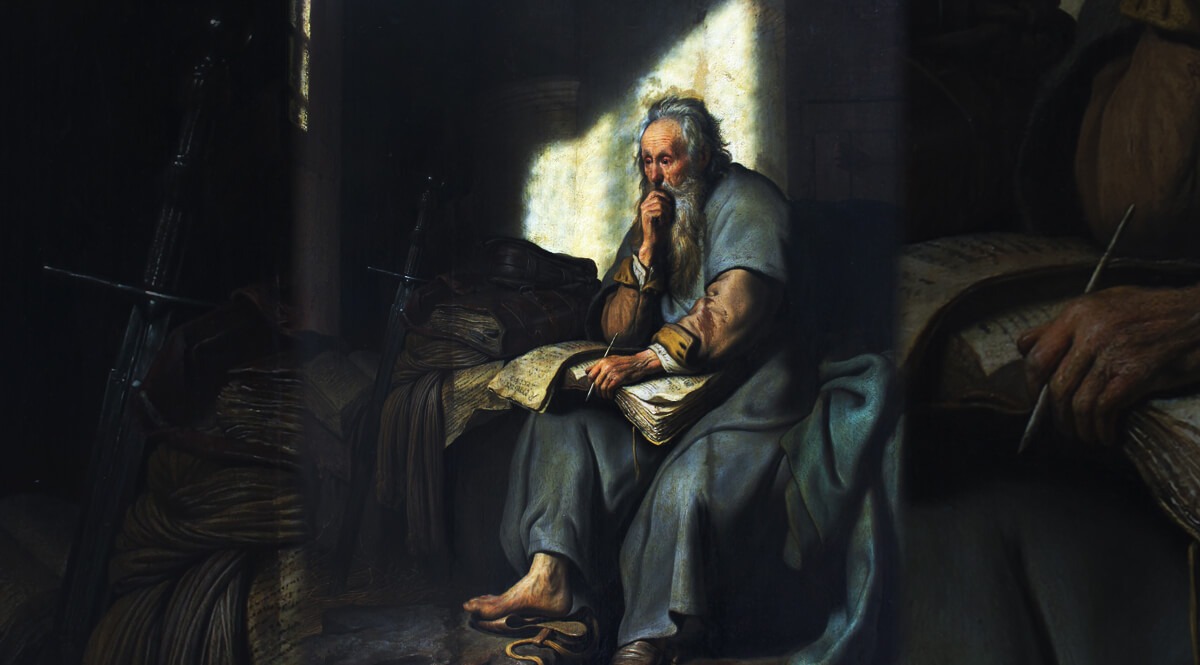 Finally we come to Second Timothy. Paul is now an old man—one who had been over a lot of roads, been to a lot of places. He had been imprisoned, beaten, shipwrecked. Paul may not have lived as many years as some in the Bible, but he put an awful lot of miles on in that period of time. He also changed a lot.

The Paul we know in Luke’s early writings—the man who went up to persecute the Christians in Damascus, who was a fanatic in the plainest sense of the word—is the same man who was later so vehement in his defense of Christianity that he made enemies almost as fast as friends, and many people wanted him dead. A lot of people in the Church would not have been that disappointed if something happened to Paul, because he had caused them a lot of trouble.

This is the man who, when he and Barnabas had a disagreement on whether to take John Mark with them on a journey, refused to have him. Barnabas wanted him, and the dissension between them was so sharp that they split up entirely. I speculated earlier that I wouldn’t be surprised if Paul was really at fault. Now, later in his life, he’s mellowed; and he tells Timothy to take Mark with him, as profitable for the ministry.

I believe that suffering pain and loss, and getting older, brought life into perspective for Paul. You can see the change. It’s a slow change, but it takes place in Paul’s letters; and it’s finally capped in this last, mellow letter of Paul’s life.

This message has also been released with the title: “The Epistles of Paul #37”