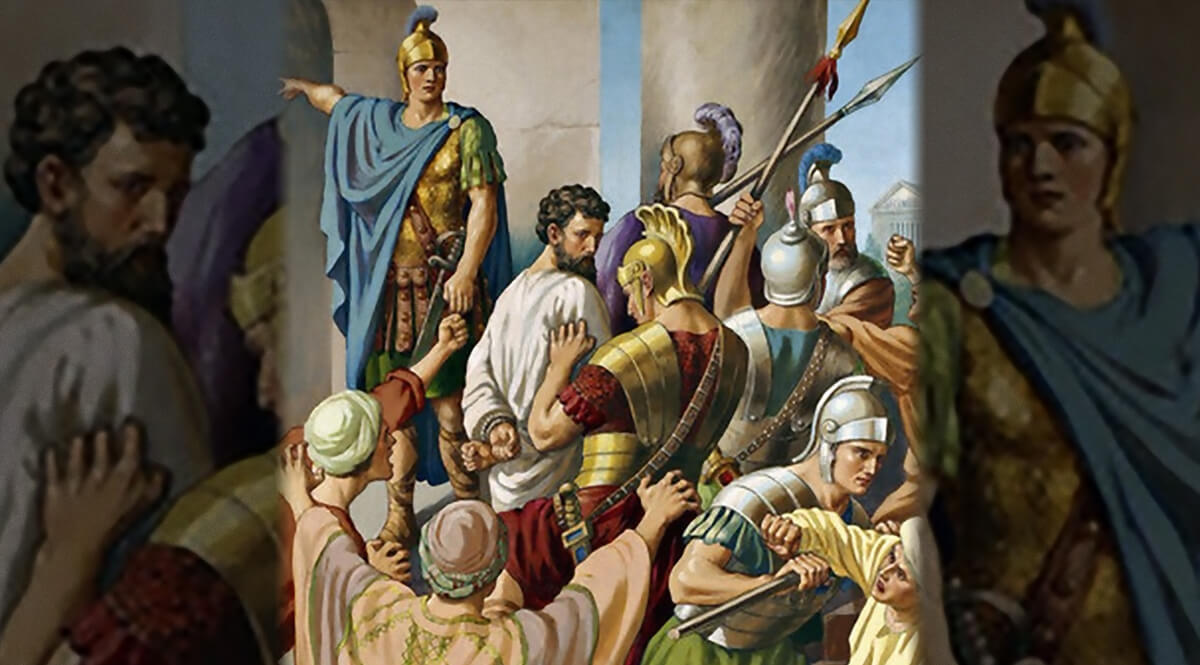 And as they went about to kill him, tidings came unto the chief captain of the band, that all Jerusalem was in an uproar. Who immediately took soldiers and centurions, and ran down unto them: and when they saw the chief captain and the soldiers, they stopped beating Paul.

Then the chief captain came near, and took him, and commanded him to be bound with two chains; and demanded who he was, and what he had done. And some cried one thing, some another, among the multitude: and when he could not know the certainty for the tumult, he commanded him to be carried into the barracks. And when he came upon the stairs, so it was, that he was borne of the soldiers because of the violence of the people.

This message has also been released with the title: “The Epistles of Paul #28”