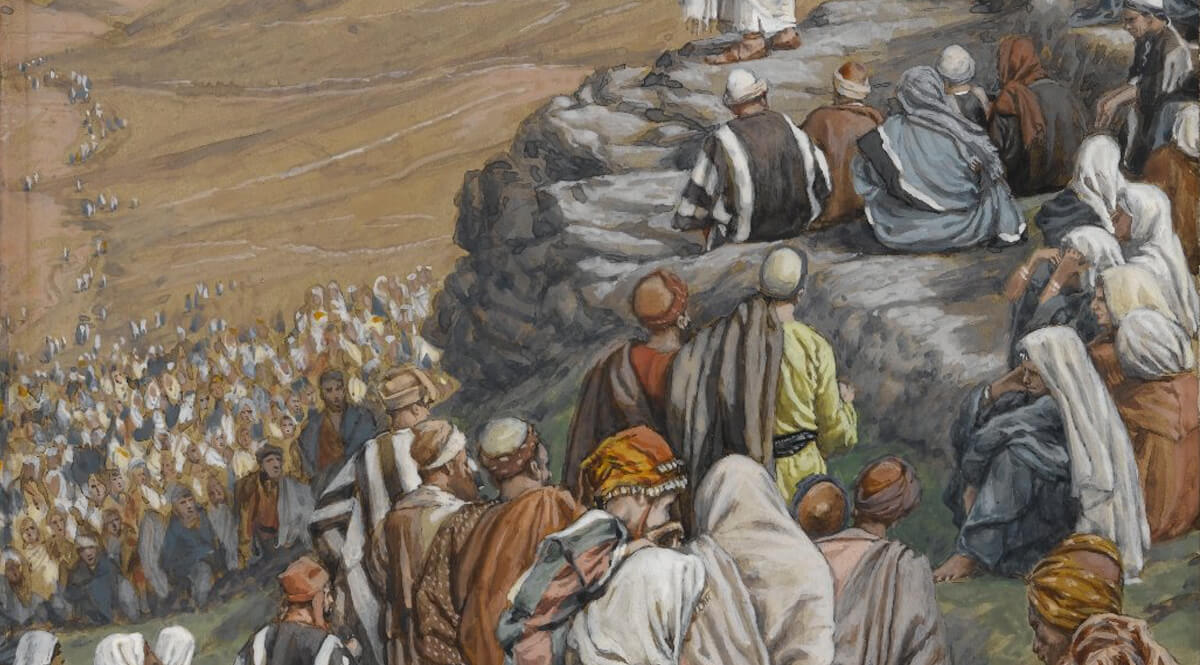 Imagine yourself walking down the aisle in your supermarket, filling up your basket with things from right and left, and spending all your hard-earned pay. A little further down the aisle from you is a gentleman who is obviously almost totally blind—with his white cane tapping about and his little granddaughter’s hand in his. And as they go along, she will find a can and hand it to the man, who will bring it an inch or two from his eye to discern what he can. Then, from behind you, steps a man who puts his hand on the gentleman’s shoulder and says, Sir, would you like to see? Then imagine that this second man puts his hands on the blind man’s face, his fingers on his eyes, and says, See. He takes his hands away and the blind man, with an expression of total astonishment, looks around him and says, I can see. For the first time he can really see his little granddaughter, for the first time he sees the whole supermarket and his eyes and his mind are filled with all the things that he sees. Then you look around, and the man who did it it gone.

How many people do you suppose you would tell about that within the first 24 hours, and (perhaps more important) how many would believe you? But by the time this fellow has made his way around your town—and perhaps 100 more like him, who had cancer, were deaf, diabetics, stroke victims—do you suppose that this man could draw a crowd whenever he was spotted, that if he stood up to speak somewhere people would fall into a hushed silence to hear what this man had to say? I would certainly want to be there, to know who he was, what he stood for, where this power he had came from, and, of course, why he was doing this. Well, this is about what happened, I guess, with a man named Jesus, who began his ministry by preaching the Kingdom of God and healing the sick and infirm wherever he was.

And Jesus went about all Galilee, teaching in their synagogues, and preaching the gospel of the kingdom, and healing all manner of sickness and all manner of disease among the people. And his fame went throughout all Syria: and they brought unto him all sick people that were taken with divers diseases and torments, and those which were possessed with devils, and those which were lunatick, and those that had the palsy; and he healed them.

As I said, it didn’t take long for Jesus to have crowds following him everywhere. And when he stood up to speak what did he say to them? Matthew tells us that everywhere he went he would enter into the synagogue and preach the good message of the Kingdom of God. But the problem is, what was that message?