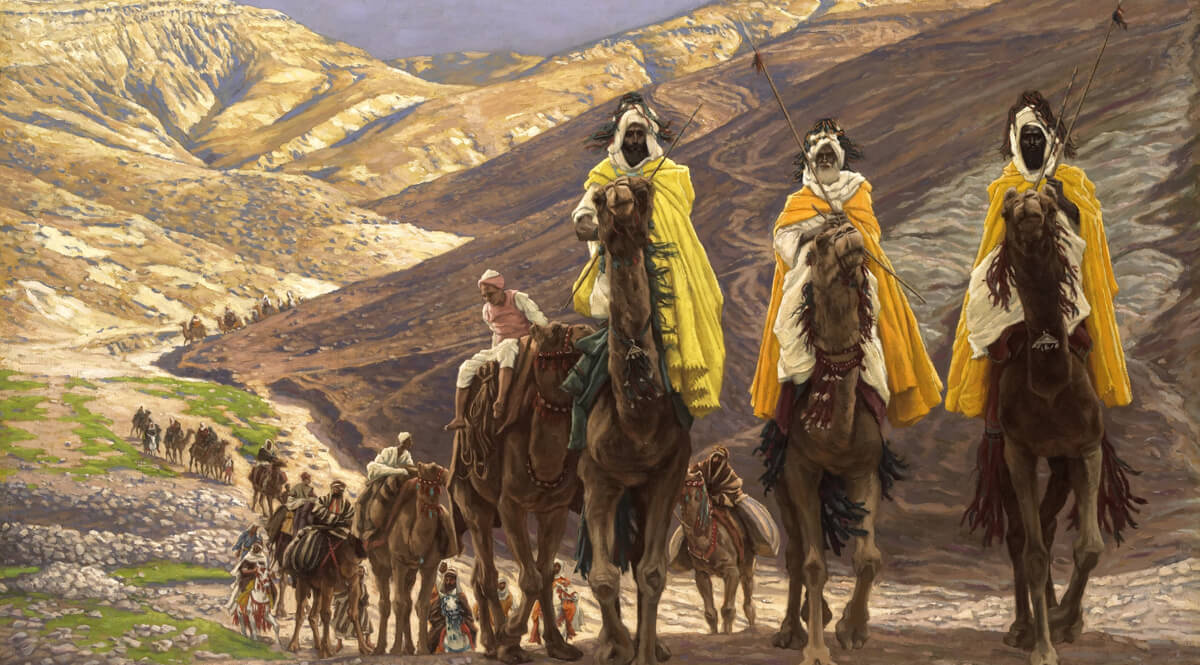 Jesus was born in Bethlehem, a mere five miles from Jerusalem as the crow flies. It would have been very easy for the religious and political establishment of Jerusalem to have come down to Bethlehem, honor the newborn king, and be home in time for supper—maybe a two-hour walk. That is, if they had been told. They were not told. No, God snubbed the king, the governor, the priests, the Levites. He snubbed the Pharisees, the Sadducees, the Romans, and the Jewish nobility. And he allowed this host of angels—this great choir of the heavens—to come down to earth and give the greatest concert in the history of man, before three or four shepherds in a field outside Jerusalem. I think that is incredible. Then there is this this other interesting fact from the second chapter of Matthew:

Now when Jesus was born in Bethlehem of Judea in the days of Herod the king, behold, there came wise men from the east to Jerusalem, saying, Where is he that is born King of the Jews? for we have seen his star in the east, and are come to worship him.

Who were these people—Magi in the Greek? These Magi probably came from Persia and were astrologers. (Not exactly like the astrologers of our day; many of them were very serious students of the heavens, watching very carefully the passage of the stars and planets in an attempt to better understand the world and God’s movement in it.) These men who came there knew two things: from ancient Israelite writings they understood there was to be a messiah to come. How they understood that, we are not told. I think, contrary to some people’s expectations, there were a lot of gentiles in the world who were fascinated by Judaism, it’s writings, and it’s God. And these men, who traveled so far, apparently believed the Hebrew scriptures—that there was one who would be born King of the Jews—and that they felt an obligation to come and do obeisance to him.