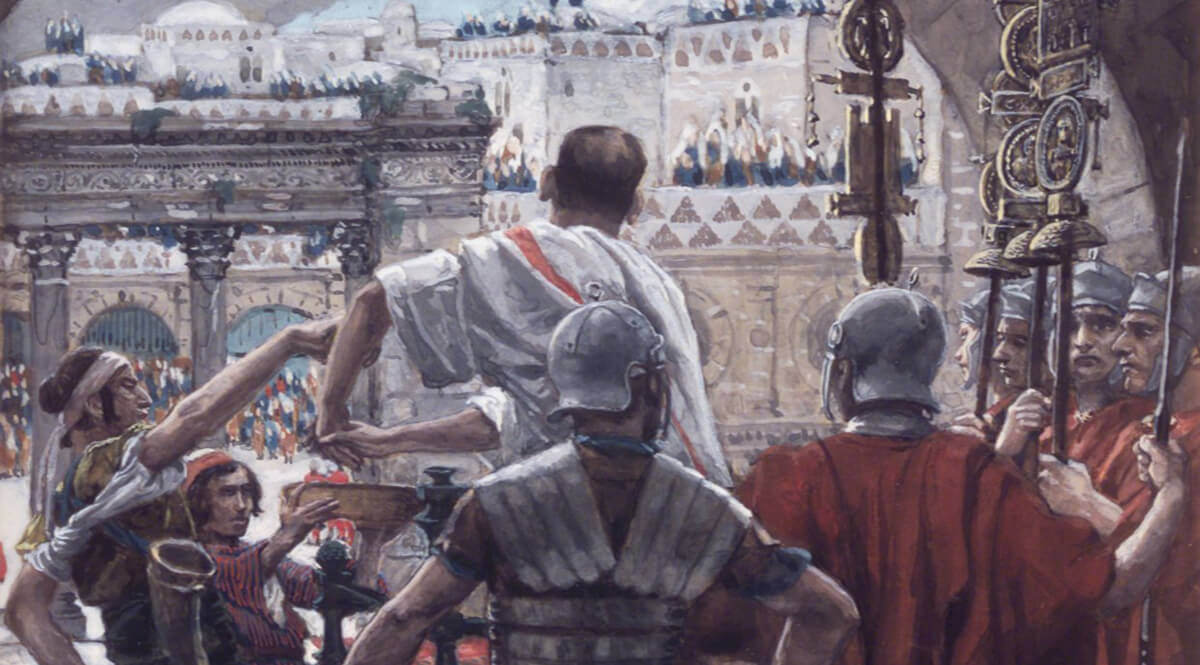 I know that Jesus had to die for my sins. But why did he have to die the way he did? Why the pain, why the shame? Why the spitting, why the humiliation? Why couldn’t they just have taken him out and killed him quickly. If you’ve gone to church very much, you already understand about the blood of Jesus, and how it was shed for the sins of all mankind. There are probably many hymns in your hymnbook about it. And we all know that without the shedding of blood there is no remission of sins. Okay, but why the suffering? Why not a quick death?

It may be that the answer lies in our—what shall we say—our theology of sin: the way we understand sin, the reason for sin, and even what sin is. There’s a common belief, I think, that sin is wrong for no other reason than that God said so. Growing up, when our parents say Do this or Do that, we ask, Why? Because I said so, is often the answer. We’re used to that, and I guess God saying so ought to be enough. But the assumption goes on that if we commit a sin, nothing bad will happen to us unless God found out about it and punished us for it. That’s the way it works at home, doesn’t it? You break one of Dad’s rules, nothing bad happens to you unless Dad finds out (but then…big trouble). So if it were not for God’s punishment, we assume, we would get away with it. And the logical corollary to that assumption is that God could just have easily made the Law another way…or he can do away with it, at will. But the problem with that is, that any law that God could do away with is a law he never needed to give us in the first place, isn’t it? Why, if we don’t need it now, did anybody ever need it?

But suppose our theology of sin is the other way around. Suppose that rather than sin being wrong because God said so, that God said so because sin is wrong. What this would suggest is that, in creating the world and placing man in it, there were things that would work and other things that would hurt. In giving the Law, God graciously informed man of what would work well and what would cause harm to himself and others. This question has tremendous implications. How can we approach it? Well, one way is to take a look at the consequences of sin as they are manifested in the sacrifice of Christ. Let’s begin in Matthew, chapter 26.