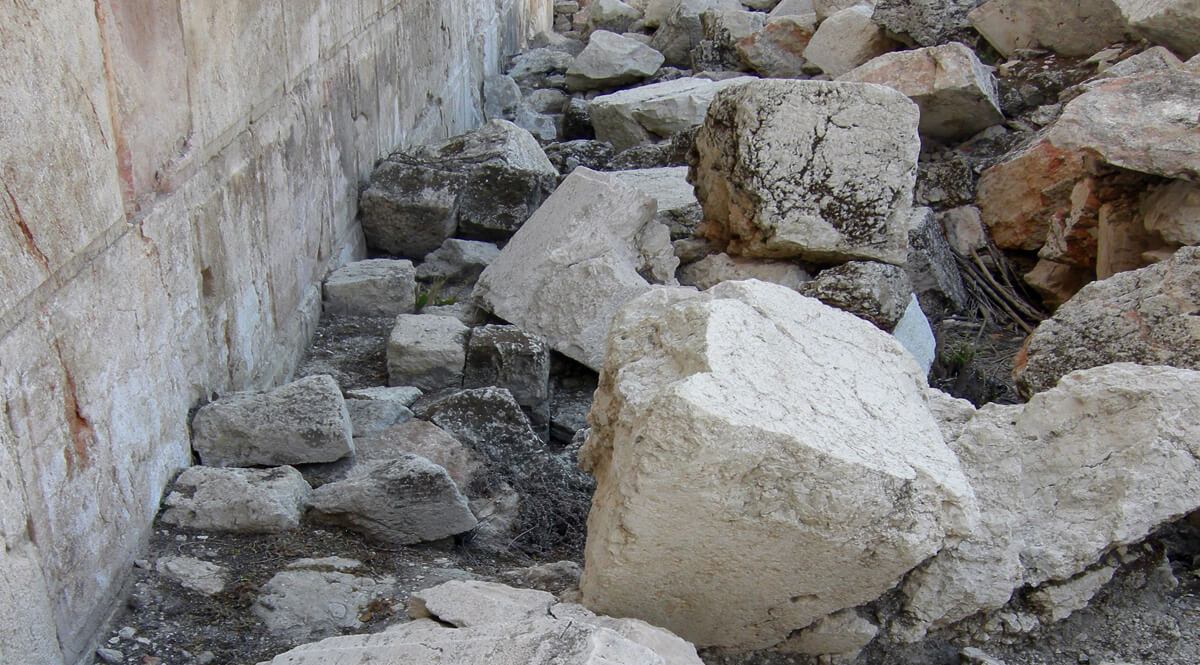 Well, I had to grow up a bit before I came to understand what it was all about and what Jesus really meant by the end of the world. This arose out of a discussion with Jesus on a day when were visiting the Temple. And as they were coming down, the disciples (like the country boys they were) were gawking and pointing—admiring the impressive buildings of the Temple. And Jesus said: Do you see all these things? Truly I tell you, not one stone here will be left on another; every one will be thrown down.

That had to be like a dash of cold water in the face of the disciples, and it’s hard to over-estimate the importance of the Temple to a Jew of any generation—it was the center of their religious life, it was the place of the presence of God, it was a massive structure built with great stones and infinite care. Jesus’ disciples (like every other Jew of their day) were smitten with the temple—its beauty, its massiveness, and, mainly, its permanence. Nothing could ever happen to God’s temple, could it? And yet Jesus said that it was all coming down. And the idea wasn’t entirely new. Let’s begin by looking at a passage in Jeremiah 7, from the age of the First Temple…

Get your FREE COPY of The Gospel of Matthew #35this message now!

Get a FREE copy of
The Gospel of Matthew #35