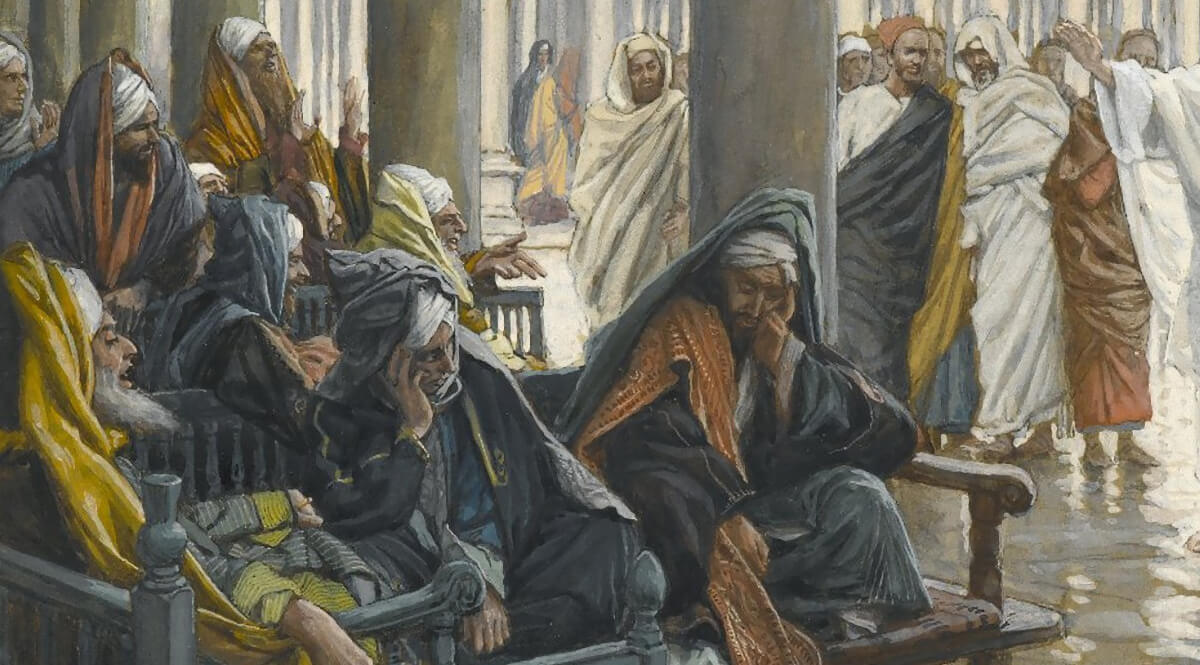 I know that Jesus was a gentle man. I am certain that he was kind, that he was merciful, and very gentle with the people he dealt with. But, you know, at the same time he was straight as a die—he was totally honest. And sometimes honesty can be brutal. He could look a man straight in the eye and tell him he was a hypocrite…because that’s what he was. When you see what a man is, you can tell him, right? Of course, sometimes you can and sometimes you can’t—but from Jesus that’s what you got. On one occasion, Jesus says to the assembled crowd:

[…] The scribes and the Pharisees sit in Moses’ seat: All therefore whatsoever they bid you observe, that observe and do; but do not according to their works: for they say, and do not.

Nowadays, we think of a government divided into three branches: legislative, executive, and judicial. The separation of powers and checks and balances are fundamental to our system. But Moses was all three to Israel: he was a lawgiver, he was an executive, and he was also the judge. But as the burden grew over time, the responsibility of judging was distributed to a system of judges. The judges were a legitimate authority in the community, and their judgements took on the force of law. Plainly, Jesus felt the judiciary was corrupt in his time. That did not in any way justify ignoring their civil decisions, but it meant that their moral authority was bankrupt. Let’s see what else Jesus had to say about the system of his day, and what we could learn from it, in Matthew 23.