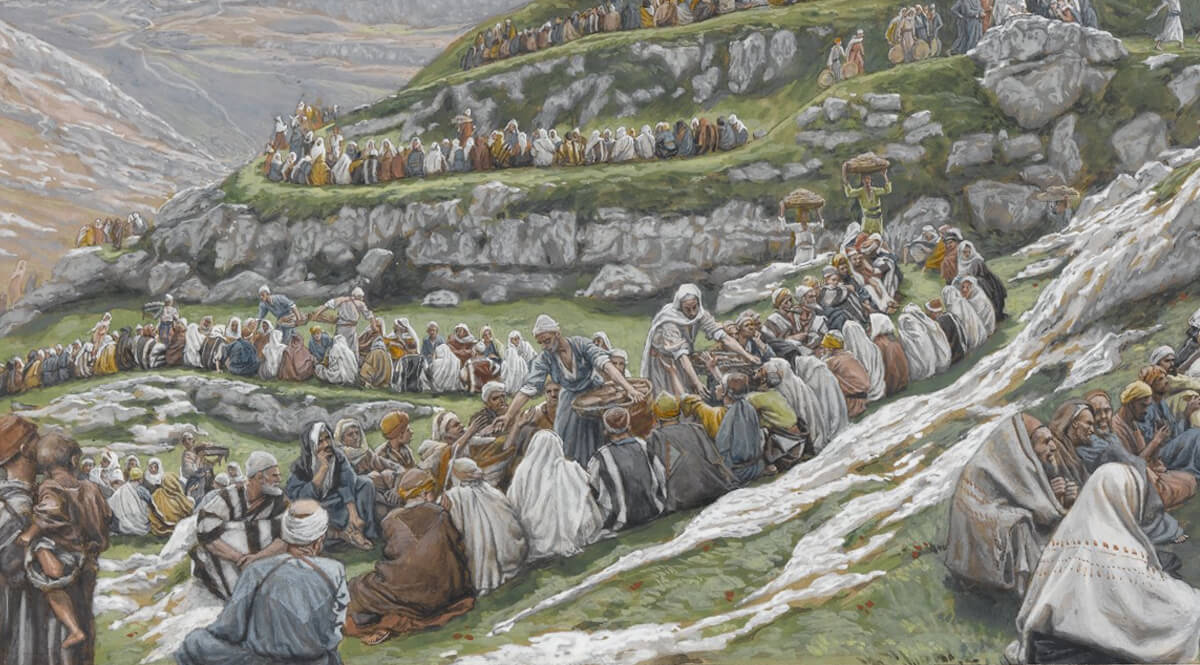 Even when Jesus went to the desert to be alone, he could not get away from the crowds. There’s nothing particular unusual about that, I suppose. If you had a little girl with a terrible disease, who was not expected to live, how far would you carry her to reach a man who had the power to make her whole and heal her completely? You’d climb every mountain; ford every stream, as the song goes. You would do whatever it took to bring her to the feet of the Master–Jesus.

Jesus the man was, after all, a man of some feeling. He could be firm–maybe even hard–when he needed to be, but he was also capable of great compassion toward those who were sick and hurting. On a particular occasion, he had gone out into a desert place. John the Baptist had been murdered. Jesus heard of this, was deeply moved by it, and wanted to be alone. But when the people heard where he was, they followed him–on foot–out of all the surrounding cities. When this tremendous multitude (numbering more than 5,000 by the time they all got out there) came to Jesus he was moved with compassion, and began to heal the sick among them.

Even though Jesus went out there to be alone, he did not want to send them away–even when his disciples suggested the crowd leave to get something to eat. The sheer joy of healing the suffering and the sick had bound him to this crowd. Those healed did not want to go away, and he did not want them to. I think I understand that. When you have shared something very special with someone, you want to prolong that experience. So when the crowd grew hungry, Jesus took matters into his own hands, displaying to us a very down-to-earth truth. We’ll find this in Matthew, chapter 14.