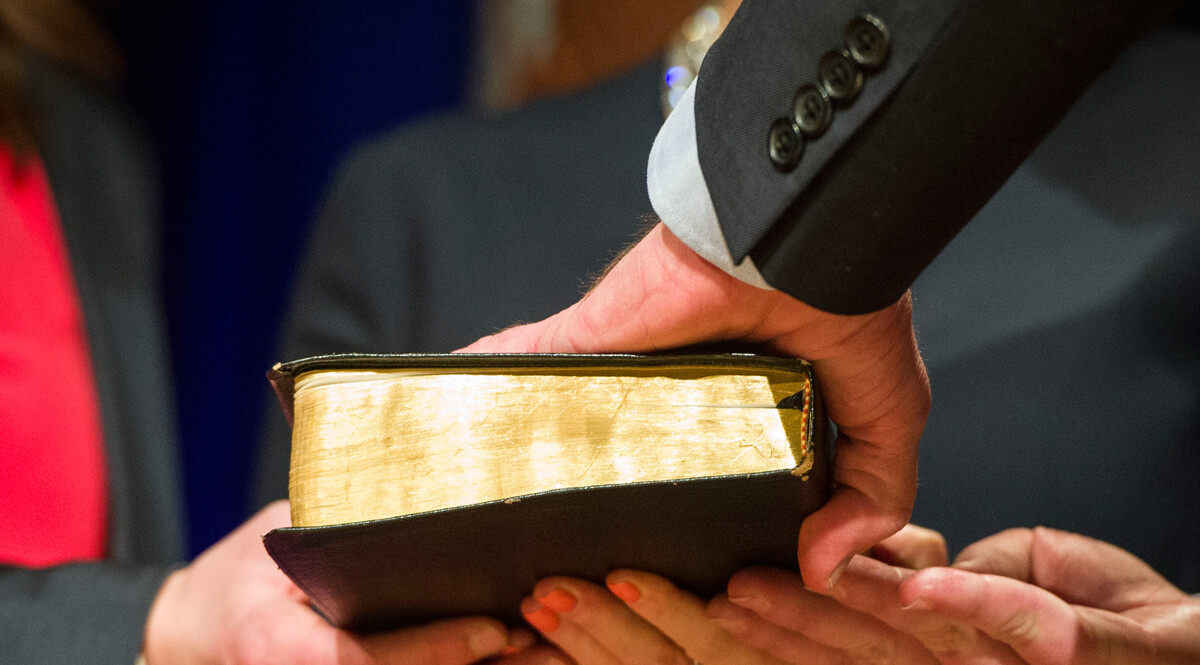 Have you ever wondered why some people refuse to swear in court? So when swearing in witnesses and jurors, the court often asks someone to swear or affirm. Well, it grows out of this statement in Matthew, chapter five:

Again, ye have heard that it hath been said by them of old time, Thou shalt not forswear thyself, but shalt perform unto the Lord thine oaths: But I say unto you, Swear not at all; neither by heaven; for it is God’s throne: Nor by the earth; for it is his footstool: neither by Jerusalem; for it is the city of the great King. Neither shalt thou swear by thy head, because thou canst not make one hair white or black. But let your communication be, Yea, yea; Nay, nay: for whatsoever is more than these cometh of evil.

Now, the whole idea of an oath—as to solemnly swear to tell the truth, the whole truth, and nothing but the truth—is to make it possible to prosecute you if you lie. In other words, it is to distinguish between an official statement under the law and a mere assertion you make that has not been bound under the law. The truth is that there is no substantive difference between affirming and swearing—it is only a matter of the words involved. The essential nature of the statements are identical. What principle is Jesus declaring here in his Sermon on the Mount?