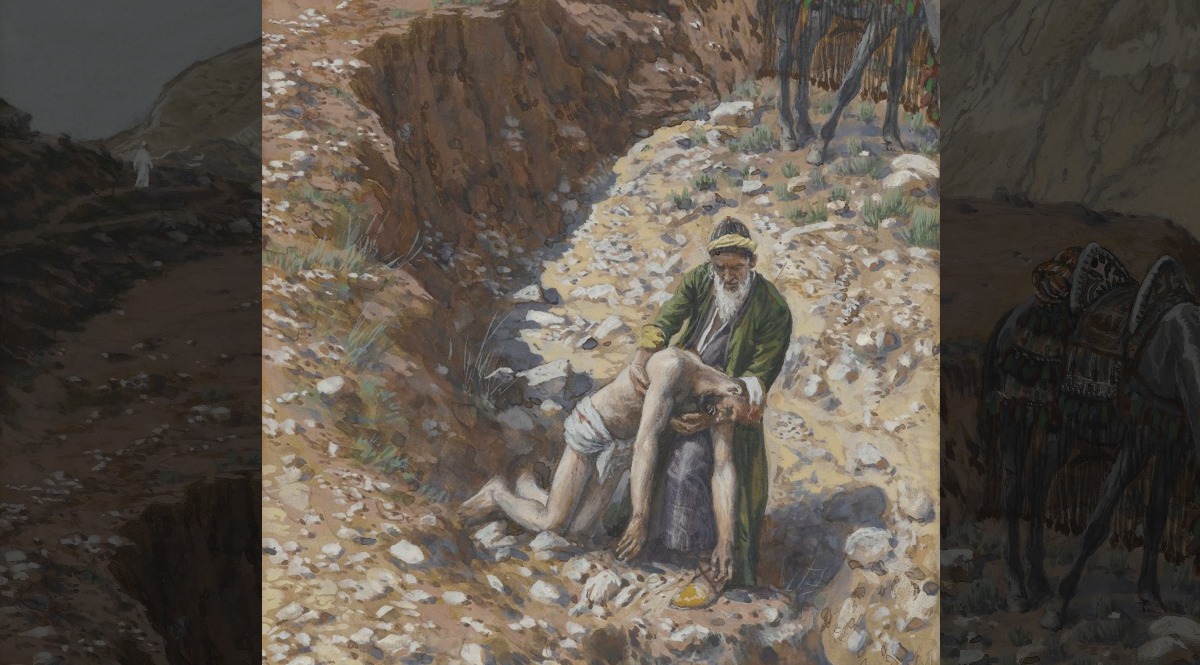 But he, willing to justify himself, said unto Jesus, And who is my neighbor?

And Jesus answering said, A certain man went down from Jerusalem to Jericho, and fell among thieves, who stripped him of his clothing, and wounded him, and departed, leaving him half dead. And by chance there came down a certain priest that way: and when he saw him, he passed by on the other side. And likewise a Levite, when he was at the place, came and looked on him, and passed by on the other side.

But a certain Samaritan, as he journeyed, came where he was: and when he saw him, he had compassion on him, And went to him, and bound up his wounds, pouring in oil and wine, and set him on his own beast, and brought him to an inn, and took care of him. And on the next day when he departed, he took out two pence, and gave them to the innkeeper, and said unto him, Take care of him; and whatsoever you spend more, when I come again, I will repay you. Which now of these three, think you, was neighbor unto him that fell among the thieves? And he said, He that showed mercy on him. Then said Jesus unto him, Go, and do you likewise.

Note: An old National Geographic feature on the Samaritan Passover (likely the one mentioned by Ron in this study) can be found here.