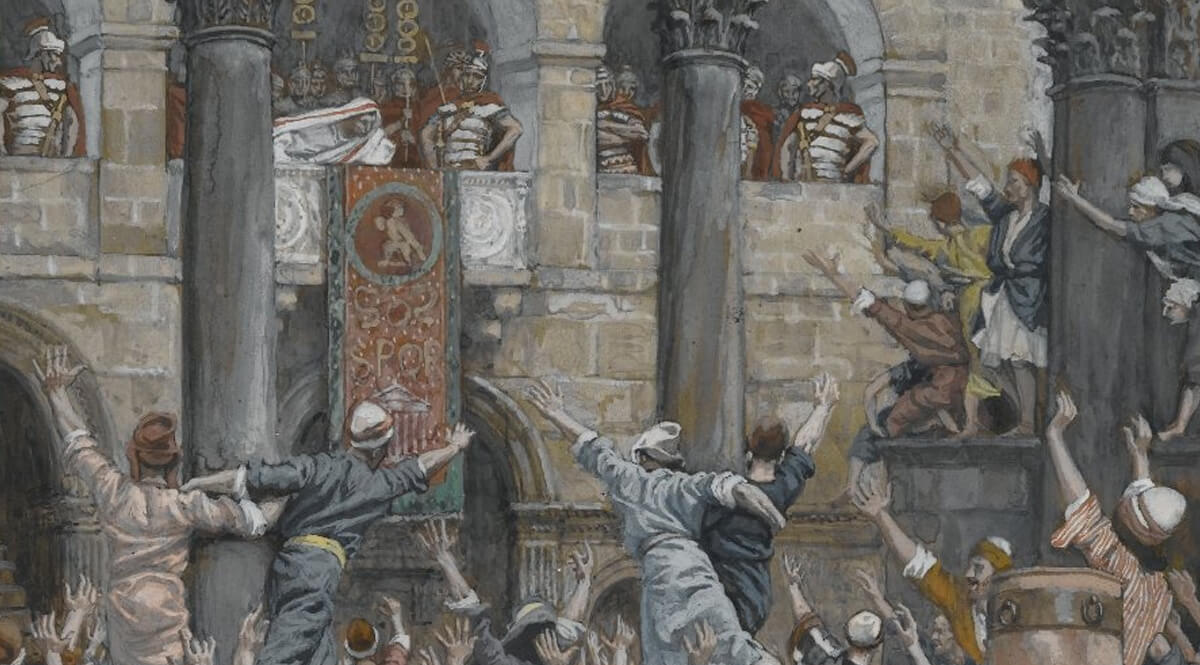 Pilate therefore, willing to release Jesus, spoke again to them. But they cried, saying, Crucify him, crucify him.

And he said unto them the third time, Why, what evil has he done? I have found no cause of death in him: I will therefore chastise him, and let him go. And they were urgent with loud voices, requiring that he might be crucified. And the voices of them and of the chief priests prevailed.

And Pilate gave sentence that it should be as they demanded. And he released unto them him that for sedition and murder was cast into prison, whom they had desired; but he delivered Jesus to their will.