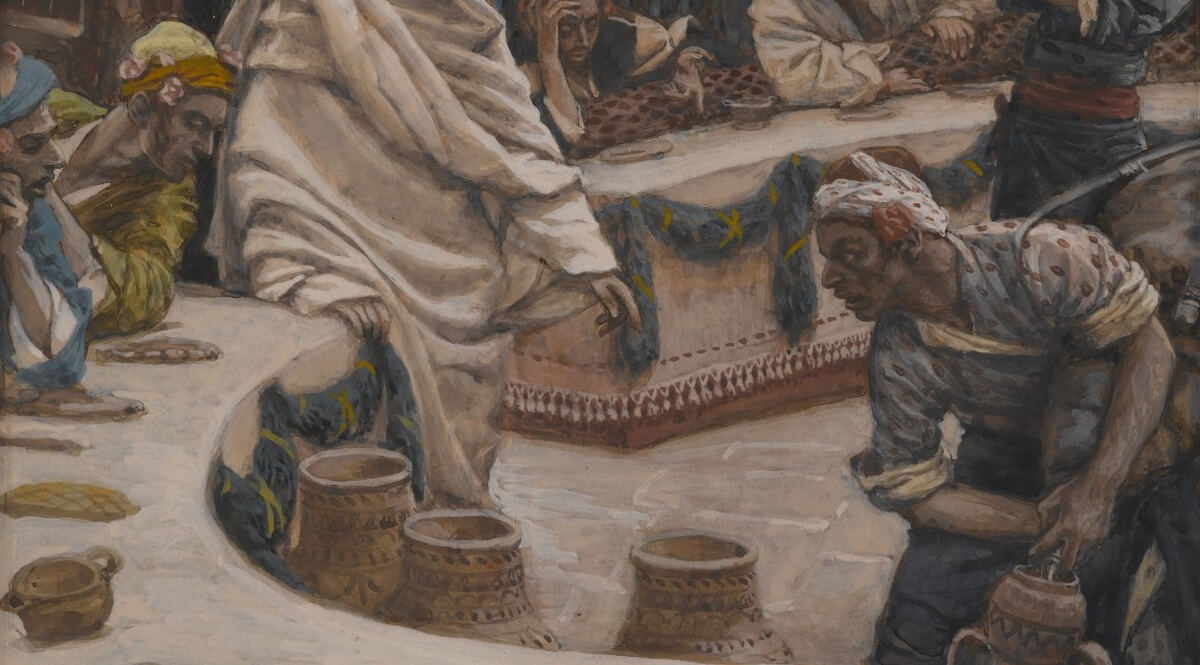 From here, it’s hard to imagine what those first encounters with the mature Jesus were like—for those who saw him for the first time. I have no reason to imagine that Jesus was in any way remarkable to look at, but I know that he must have been a terribly charismatic person to be around, by any human standard.

John the Baptist knew who he was. John the Baptist knew how important he was. He also understood Jesus’ mission, and there’s really only one way he could have known that—he was told. And when Jesus came walking along the bank of Jordan where John was baptizing, John said—for anyone nearby to hear—Look, the Lamb of God, who takes away the sin of the world!

Christian readers take that for granted. We all know that Jesus is the Lamb of God. But I can’t think of anything John could have said that would be more astonishing to those surrounding him. It assumes the sacrifice of the person of whom he was speaking. John the Baptist recognized the necessity of a suffering messiah—one who would not only suffer, but die. No one seemed to have grasped what John was talking about until much later. Let’s read of the rest of this momentous encounter in John, chapter one.