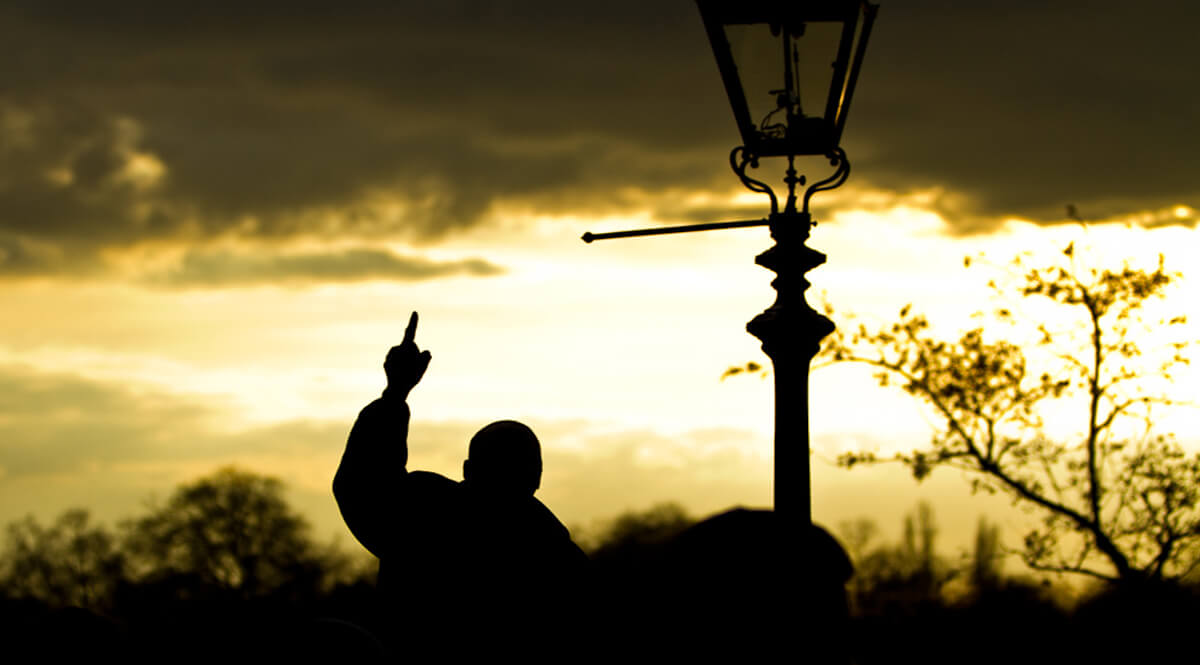 There are times when I feel like Elijah in his cave. In case you don’t know what I’m talking about—it’s a really important story, and there’s some things about it you may not understand.

Elijah was a man of very few words. He made one prophecy of disaster, composed of a mere 25 words or less, and then disappeared. That’s all we hear from him up to this point. He’s gone. There was, it turns out, no point in saying a word more. The people, from the king to the man in the street, were not capable of absorbing an intellectual argument. The only thing they would be able to understand was an object lesson. They got one. It came in two parts.

First, there was a terrible drought. No rain, not even dew on the grass for 42 months. They were searching for Elijah high and low because he said there would not be dew nor rain these years except by my word. The stress this put on society was profound, and it weakened the power of the king who, though he could do a lot of things, couldn’t make it rain. I can’t help drawing a comparison with the government today, that promises to do everything for us. And I think they believe they can do it. That they are delusional doesn’t matter. They will try, but there will be no rain. Then, at the end of 3 and a half years, Elijah returned to the scene, met the king, and proposed a test.