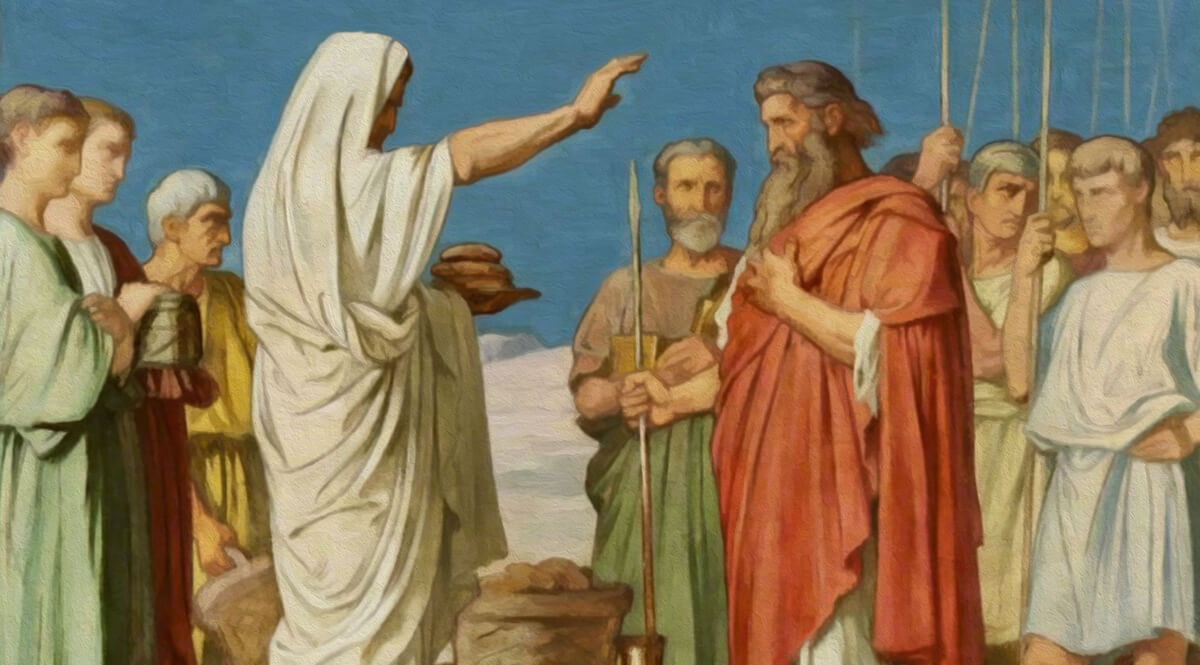 For when God made a promise to Abraham, because he could swear by no greater, he swore by himself, Saying, Surely blessing I will bless you, and multiplying I will multiply you. And so, after he had patiently endured, he obtained the promise. For men verily swear by the greater: and an oath for confirmation is to them an end of all strife. So God, willing more abundantly to show unto the heirs of promise the immutability of his counsel, confirmed it by an oath: That by two immutable things, in that it was impossible for God to lie, we might have strong encouragement, who have fled for refuge to lay hold upon the hope set before us: Which hope we have as an anchor of the soul, both sure and steadfast, and which enters into that within the veil; Where the forerunner is for us entered, even Jesus, made a high priest forever after the order of Melchizedek.