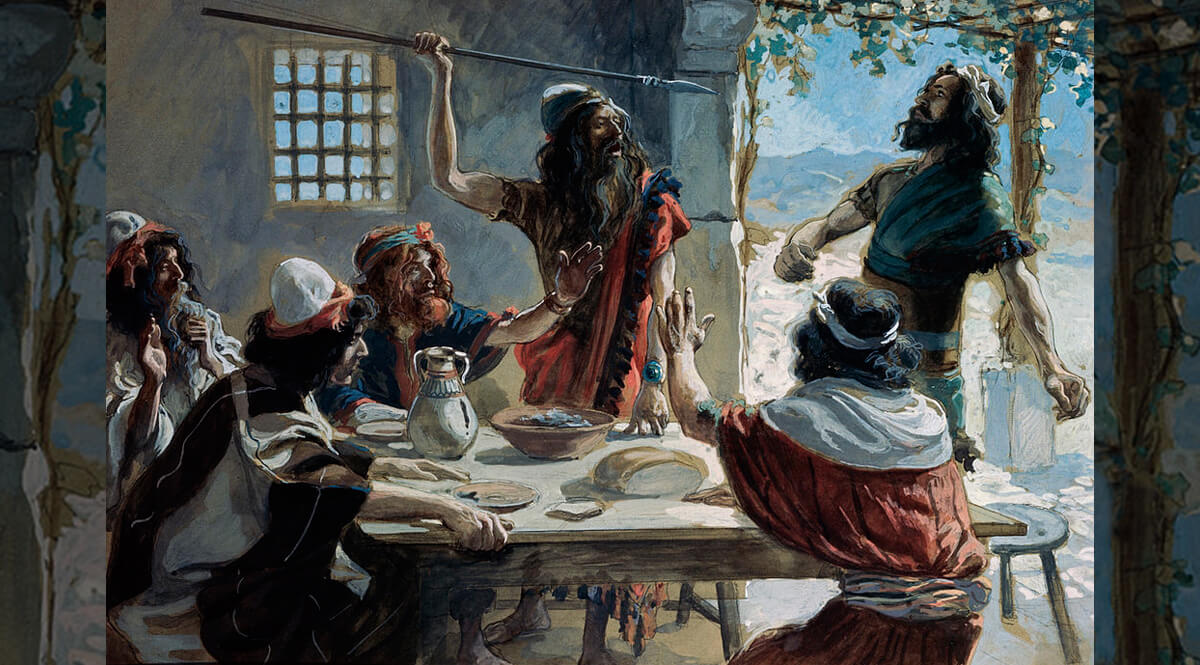 After the win over Goliath, David went on to show himself a true fighting man. He apparently fought without fear, believing with all his heart that he was in the right and that God would fight alongside him. He chalked up some great victories, and the people loved him and honored him to such an extent that it generated great jealousy on the part of King Saul. Saul had promised his daughter’s hand to the man who slew Goliath. Knowing this, wheels began to turn in the king’s mind, that he might find a way he might be rid of David.

And Michal Saul’s daughter loved David: and they told Saul, and the thing pleased him. And Saul said, I will give him her, that she may be a snare to him, and that the hand of the Philistines may be against him. Therefore Saul said to David a second time, you shall this day be my son-in-law. And Saul commanded his servants, saying, Talk with David secretly, and say, Behold, the king has delight in you, and all his servants love you: now therefore be the king’s son-in-law. And Saul’s servants spoke those words in the ears of David. And David said, Does it seem to you a light thing to be a king’s son-in-law, seeing that I am a poor man, and lightly esteemed?

It is an interesting response coming from David. He did not realize how much power he really had. He knew he was poor and he had no idea how the public thought of him. Being poor was significant, because he needed a gift, a dowry, to give to her father.

And the servants of Saul told him, saying, In this manner spoke David. And Saul said, Thus shall you say to David, The king desires not any dowry, but a hundred foreskins of the Philistines, to be avenged of the king’s enemies. But Saul thought to make David fall by the hand of the Philistines. And when his servants told David these words, it pleased David well to be the king’s son-in-law: and the appointed days were not expired.

It’s funny, but you can almost hear David say, Oh, is that all? I can do that. No problem.

Therefore David arose and went, he and his men, and slew of the Philistines two hundred men; and David brought their foreskins, and they gave them in full number to the king, that he might be the king’s son-in-law. And Saul gave him Michal his daughter as his wife. And Saul saw and knew that the Lord was with David, and that Michal Saul’s daughter loved him.

Nothing worked, and even his daughter fell in love with David.

And Saul was yet the more afraid of David; and Saul became David’s enemy continually.