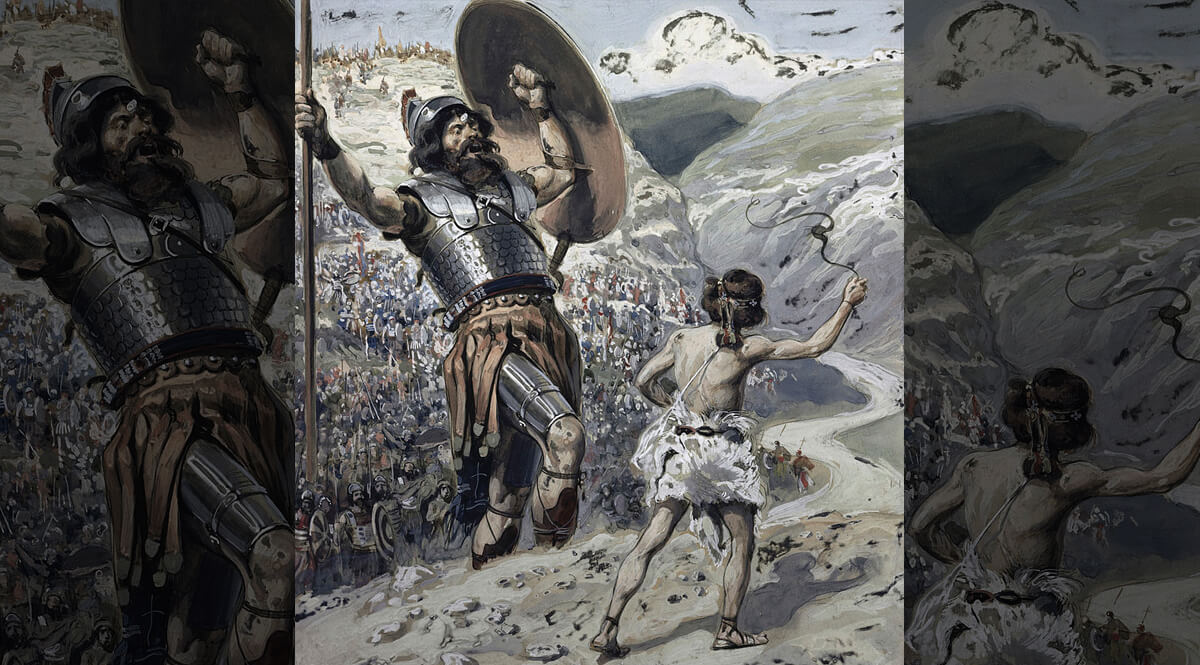 One of the truly great ironies of the Bible followed on the heels of the failure of Israel’s first king: Saul, the son of Kish. From the moment of Saul’s rejection by God and the anointing of David as King in his place, the Spirit of God departed from Saul and went to David. The result for Saul was tragic. Because in the beginning, God gave him every chance. He had all the physical assets of a king and, in addition, God gave Saul his spirit and changed him into another man. He was converted. Then, when he disobeyed, he lost it all. Samuel told him flatly:

And Samuel said, has the Lord as great delight in burnt offerings and sacrifices, as in obeying the voice of the Lord? Behold, to obey is better than sacrifice, and to hearken than the fat of rams. For rebellion is as the sin of witchcraft, and stubbornness is as iniquity and idolatry. Because you have rejected the word of the Lord, he has also rejected you from being king.

Later, When Samuel was sent to find another king among the Sons of Jesse:

And Samuel said unto Jesse, Are here all your children? And he said, There remains yet the youngest, and, behold, he keeps the sheep. And Samuel said unto Jesse, Send and bring him: for we will not sit down till he comes here. And he sent, and brought him in. Now he was ruddy, and of a beautiful countenance, and handsome. And the Lord said, Arise, anoint him: for this is he. Then Samuel took the horn of oil, and anointed him in the midst of his brethren: and the spirit of the Lord came upon David from that day forward. So Samuel rose up, and went to Ramah. But the spirit of the Lord departed from Saul, and an evil spirit from the Lord troubled him.

And to be sure, the latter state of Saul was indeed worse than the first. And it is out of this tragic state of affairs that one of the great ironies of biblical history occurs. It turns out that the only man in all the world who could give Saul relief from the black dog of depression was none other than the man anointed to replace him. Only when David played on a musical instrument in Saul’s presence did he find any relief at all.

And David came to Saul, and stood before him: and he loved him greatly; and he became his armorbearer. And Saul sent to Jesse, saying, Let David, I pray you, stand before me; for he has found favor in my sight. And it came to pass, when the evil spirit from God was upon Saul, that David took a harp, and played with his hand: so Saul was refreshed, and was well, and the evil spirit departed from him.