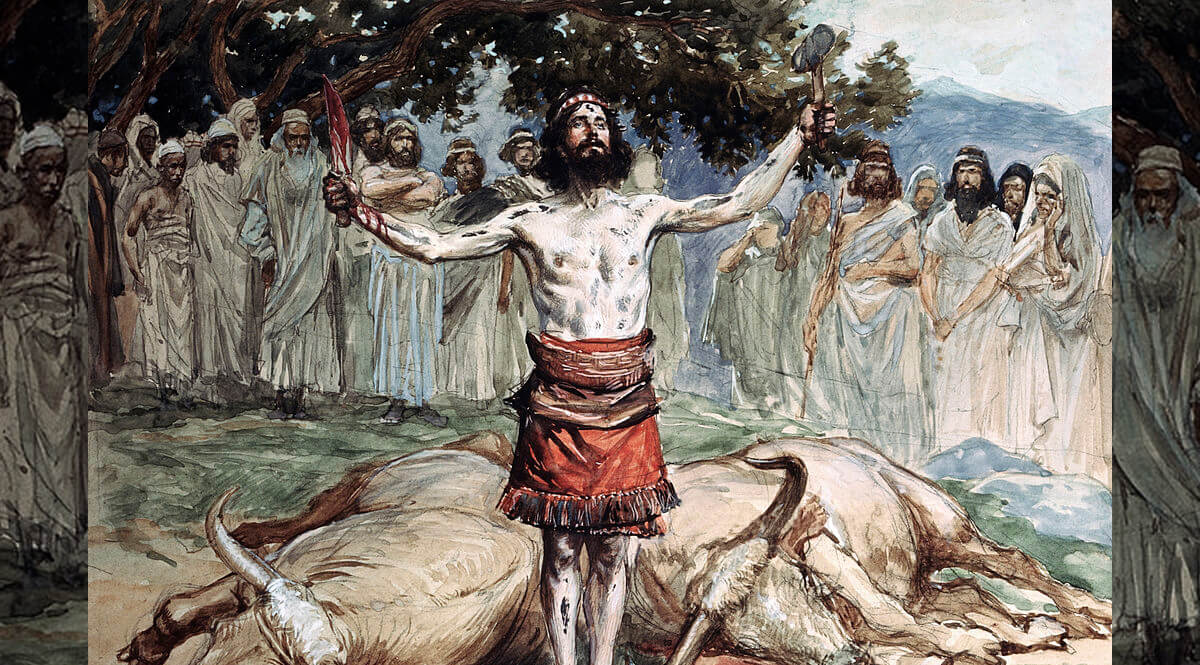 The decision by Israel to change their government from a theocracy to a monarchy was a disastrous decision. It was surely not God’s will for them, because they had lived in freedom for so long. But freedom includes heavy burdens for a people, and they just got tired. Sadly, I see signs of the same fatigue among our own people today. But the fact that the decision was not God’s will for them, he cannot be accused of giving them an inferior king.

The kings in those days had to lead people into battle, and the first king of Israel was well endowed for that. He was head and shoulders taller than any other man. He was handsome and possessed of the necessary charisma to lead. He was humble—that is to say, he was little in his own eyes. And God changed him into another man by filling him with the Spirit. It was not long before Saul’s leadership and his resolve were tested. Terrorism is not new to the Middle East, and what is threatened here is terrorism of the worst sort.

1 Then Nahash the Ammonite came up, and encamped against Jabeshgilead: and all the men of Jabesh said unto Nahash, Make a covenant with us, and we will serve you.
2 And Nahash the Ammonite answered them, On this condition will I make a covenant with you, that I may thrust out all your right eyes, and lay it for a reproach upon all Israel.
3 And the elders of Jabesh said unto him, Give us seven days’ respite, that we may send messengers unto all the territory of Israel: and then, if there be no man to save us, we will come out to you.
4 Then came the messengers to Gibeah of Saul, and told the tidings in the ears of the people: and all the people lifted up their voices, and wept.
5 And, behold, Saul came after the herd out of the field; and Saul said, What ails the people that they weep? And they told him the tidings of the men of Jabesh.
6 And the spirit of God came upon Saul when he heard those tidings, and his anger was kindled greatly.