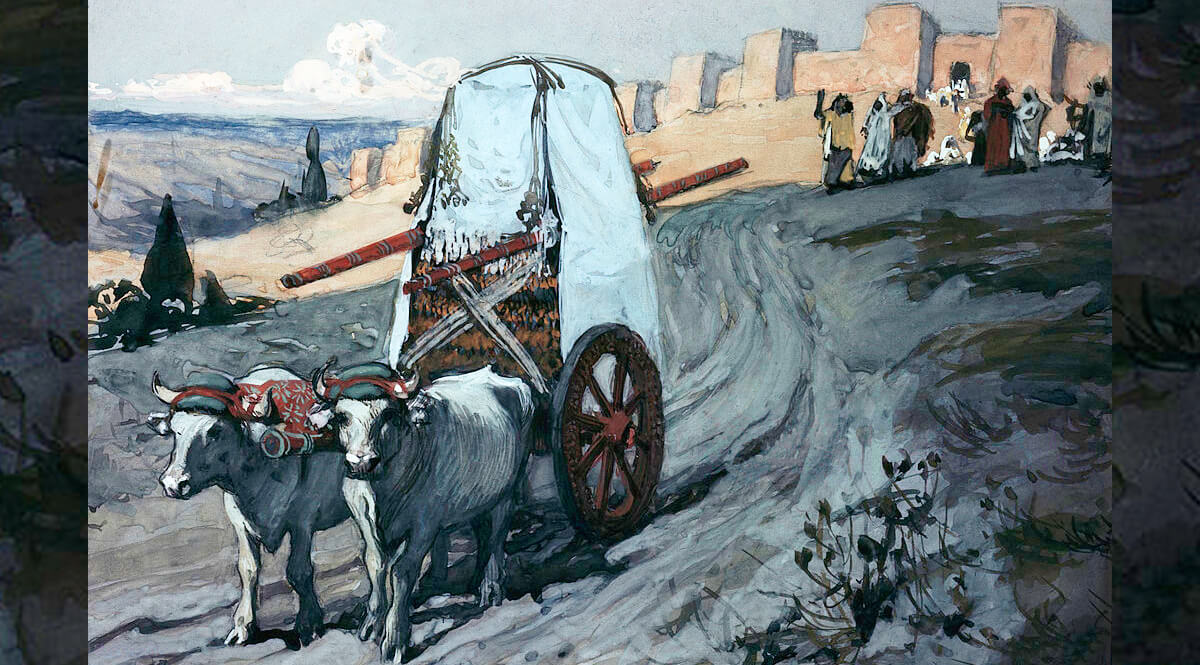 If you saw the movie, Raiders of the Lost Ark, you will have been introduced to the idea that the Ark of God is a source of great power. Power that could be used, theoretically, as a weapon of war. Anyone remotely familiar with the Bible should know that while the Ark had great symbolic power, and was an object of great holiness, whatever power that was there was not mindless. It was the power of God, and God was highly unlikely to use that power in the projects and wars of the murdering band of thugs we call the Third Reich.

Nevertheless, the scene in the movie where the Ark is opened and men look into it is a riveting piece of movie-making—and it is not entirely without biblical foundation. There was an occasion where 50 men died because they looked into the Ark. It was this idea of the ark as a source of power that led the men of Israel to carry it into battle with them, and that myth was demolished when the Philistines not only whipped their army, they captured the ark itself.

Now to the Philistines, the Ark was just another religious artifact, so they took it home and placed it in the same room with their God, Dagon. God was not amused. When they entered the room the next morning, the statue of Dagon was face down on the floor before the Ark. They set the thing back up. Next morning, it was down again, but this time it had fallen across the threshold of the door and its head and hands were broken off. I have heard this incident, and the associated events, cited as an example to show that God has a sense of humor. If so, it is a fairly grim sense of humor, and pretty earthy at the same time. Because while all this was going on, the Philistines were starting to have trouble sitting down.