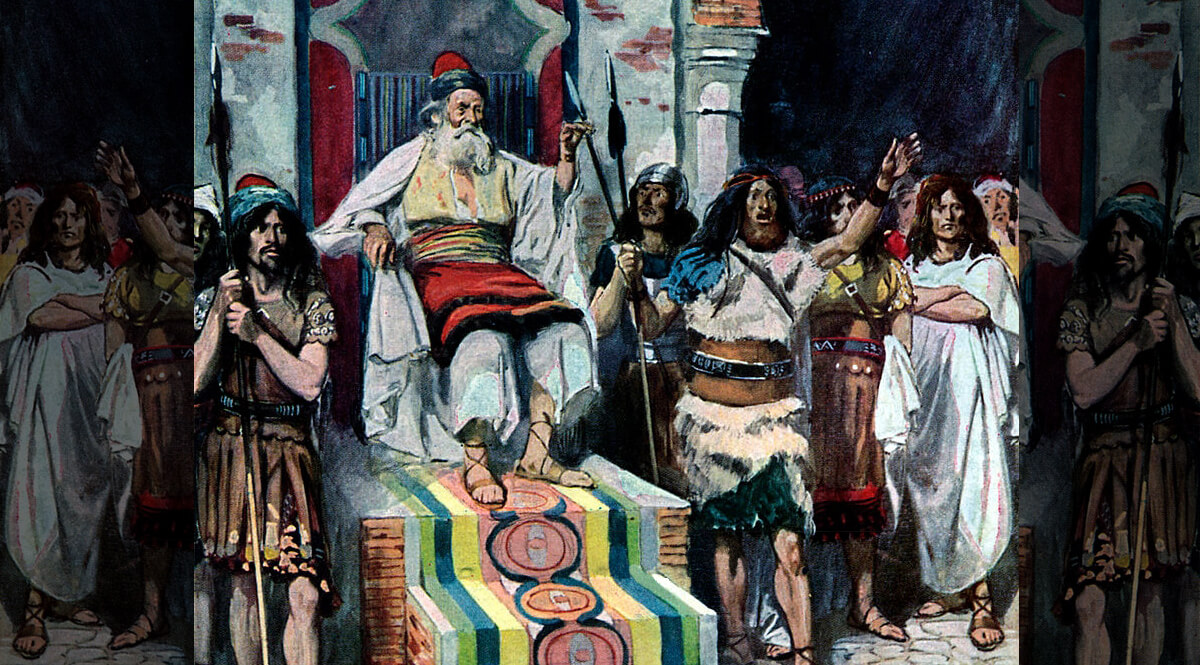 I bought a CD course on the Old Testament once, because I was considering teaching an online course myself. I hadn’t got very deep into the first disc before the teacher said flatly that King David did not actually exist. She was assuming that the stories about David were a Hebrew myth. I went no further. The teacher was revealing a radical position on the Old Testament that was of no value to me.

Even from a non-believer’s point of view, David is one of most real characters in the Bible. He is larger than life, but that makes him no less real. He is a flawed human being, but that makes him still more real. He doted on a useless son, but that made him a real parent. Now, if you read through the books of Samuel, you encounter real people. They are just living in a different culture and speaking a different language, but they are just as real as you are.

The Books of Samuel, though, are not in strict chronological order, which tends to confuse some readers. The Ryrie Study Bible suggests that the section beginning with 2 Samuel 21 is something of a non-chronological appendix to David’s reign, recounting events that occurred earlier. We are used to having our history served up in a familiar order, but the ancients worked differently. They would sometimes relate events in an order that appealed to them, perhaps because it helped make sense of what happened. Maybe because that is the order they came to mind. This in no way undermines the historicity of the documents, but it does give seminarians something to write theses about.

So we don’t know exactly when in David’s reign these events occurred…but they were serious. Let’s begin in chapter 21, as we conclude our look at the Second Book of Samuel.