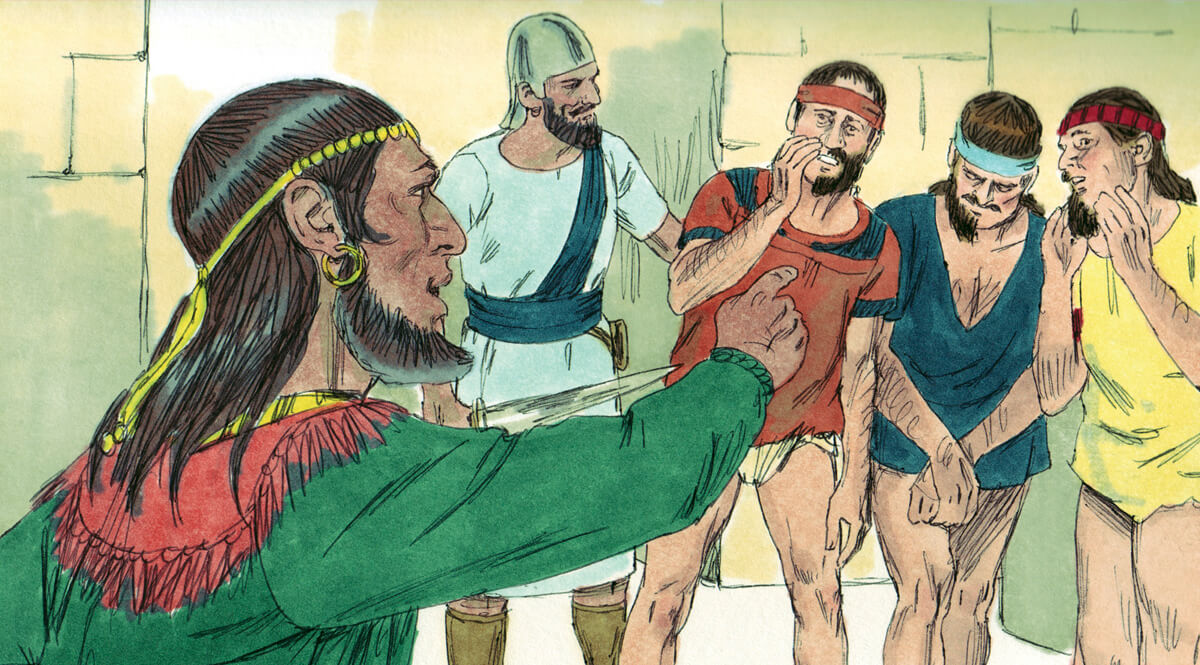 Here is the picture: the king of Ammon dies and David sends mourners on a state visit, for a state funeral. Unfortunately, the king’s son was an idiot. Israel had good relations with Ammon up to this point, but this young man and his companions decided to exert themselves. Normally, the servants of David would have diplomatic immunity (just as in the modern world). But when they arrived:

3 [T]he princes of the children of Ammon said unto Hanun their lord, Think you that David does honor your father, that he has sent comforters unto you? Has not David rather sent his servants unto you, to search the city, and to spy it out, and to overthrow it?
4 Therefore Hanun took David’s servants, and shaved off one half of their beards, and cut off their garments in the middle, even to their buttocks, and sent them away.
5 When they told it unto David, he sent to meet them, because the men were greatly ashamed: and the king said, Tarry at Jericho until your beards are grown, and then return.
6 And when the children of Ammon saw that they had become repulsive before David, the children of Ammon sent and hired the Syrians of Beth-rehob, and the Syrians of Zoba, twenty thousand footmen, and of king Maacah a thousand men, and of Ish-tob twelve thousand men.

Now mind you, David was at peace with Ammon; he had made a peaceful gesture; he had sent diplomats to a funeral. In return, he gets an insult from these people and now they are putting together an army for war. The resulting battle, with so much loss of life, was totally unnecessary. It grew up around a young upstart king who didn’t know when he was well off. Had he himself treated David’s emissaries peacefully, none of this need have happened. The arrogance of youth would cost the lives of thousands of men—and oddly, it indirectly led to one of the more disgraceful episodes in David’s life. We’ll find it in 2 Samuel, chapter 11.

Get your FREE COPY of The Book of Samuel #14this message now!

Get a FREE copy of
The Book of Samuel #14