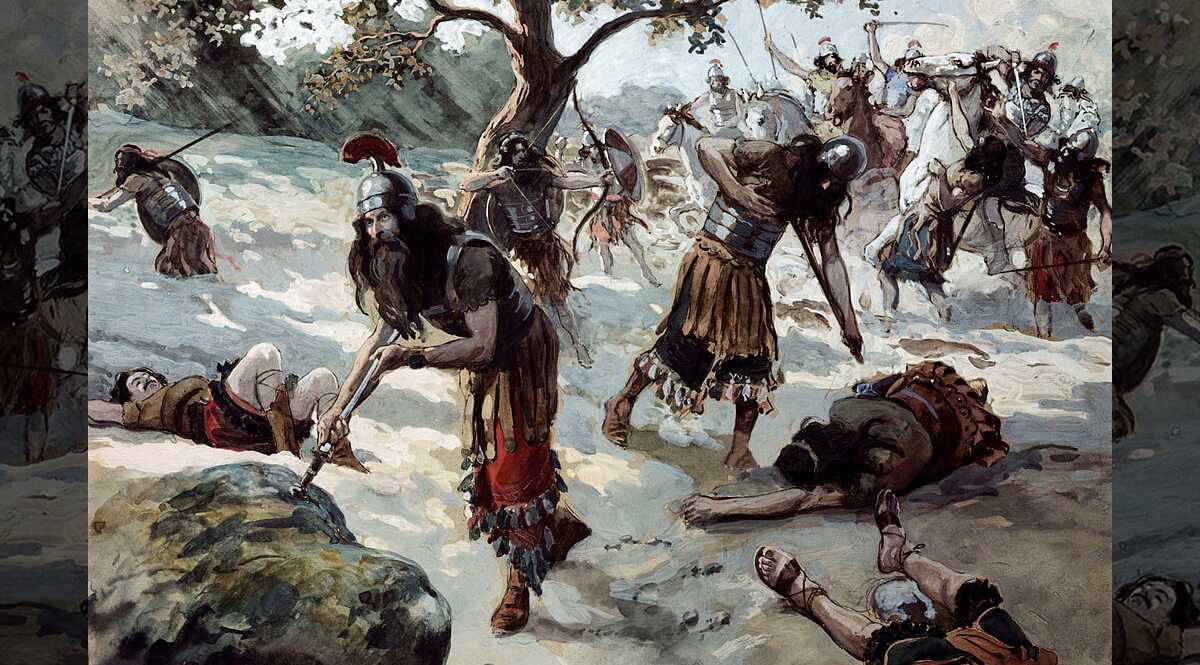 War makes strange bedfellows sometimes. It’s possible that David might well have been an ally of the Philistines when they went to war against Israel and Saul. It’s hard to imagine David at war with Israel, but it was on its way to happening…except for one thing—the lords of the Philistines didn’t trust him and wouldn’t bring him into combat. After all, David had killed more than a few Philistines in his time, and they just didn’t much like the man. But bad things were going on while David was gone.

He had been given a town called Ziklag, where all his camp followers were. When David’s men returned after their exclusion from the Philistine war party, they found that the Amalekites—those dread Amalekites that should have been killed off a long time ago, but weren’t—had come to Ziklag before them.

And it came to pass, when David and his men were come to Ziklag on the third day, that the Amalekites had invaded the south, and Ziklag, and smitten Ziklag, and burned it with fire; And had taken the women captives, that were therein: they slew not any, either great or small, but carried them away, and went on their way. So David and his men came to the city, and, behold, it was burned with fire; and their wives, and their sons, and their daughters, were taken captives. Then David and the people that were with him lifted up their voice and wept, until they had no more power to weep.

It was such a terrible disaster that had befallen all of them in one fell swoop. David’s two wives had been taken, and David was greatly distressed, for the people spoke of stoning him. They were grieved and thought, Why weren’t we here! But David encouraged himself in the Lord his God.

And David said to Abiathar the priest, Ahimelech’s son, I pray you, bring me here the ephod. And Abiathar brought there the ephod to David. And David inquired at the Lord, saying, Shall I pursue after this troop? shall I overtake them? And he answered him, Pursue: for you shall surely overtake them, and without fail recover all.