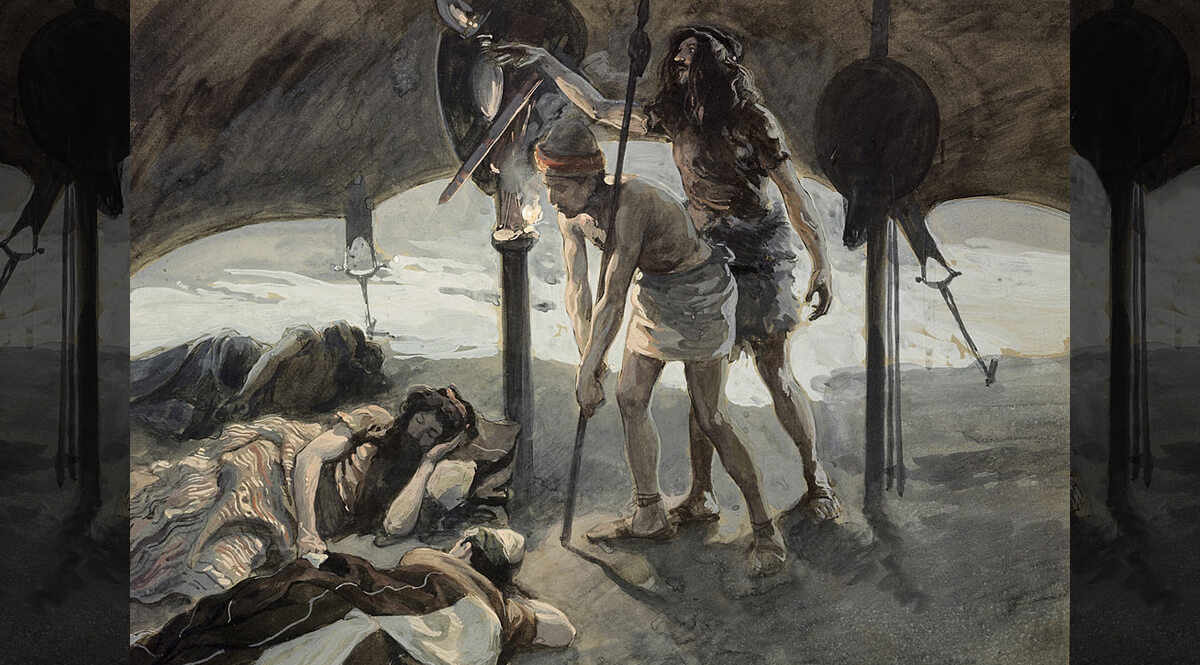 The long pursuit of David by King Saul, would make for a great movie. It has all the elements. Danger, treachery, romance, suspense, the chase. And the characters are all fascinating and any actor would love the roles. There was King Saul, who was a depressive paranoid, and yet a big handsome fellow; David, of course, red-headed, small, good looking, and very well built; Abigail, the intelligent, beautiful woman who became his second wife; Nabal, her brutish husband who died; Doeg the snitch; the Ziphites who ratted David out to Saul…twice.

No producer could ask for a better story. And there is more to come. I feel quite sure the story has been transposed into other times, places and characters, because it is so human. It was not easy for David to stay hidden from Saul, because every time he showed himself anywhere, and he had to do so to get supplies, he was seen by a friend or an enemy. Not very many were neutral, and even without cell phones, word traveled fast. And so the Ziphites ratted David out the second time, and gave Saul the coordinates of David’s location.

But this time, he didn’t run. When his scouts located Saul’s camp, David eased up into an observation point and noted carefully the layout of the camp and who was bedding down where. He took particular note of where a man named Abner—Saul’s military commander, a great fighting man with all the qualities that went with it in an age of danger —lay down. He was tough, strong, and very aware. He was dangerous. David took note of where Saul would be sleeping, right in the middle of the camp. David then hatched a very daring plan, and recruited a volunteer to go with him.