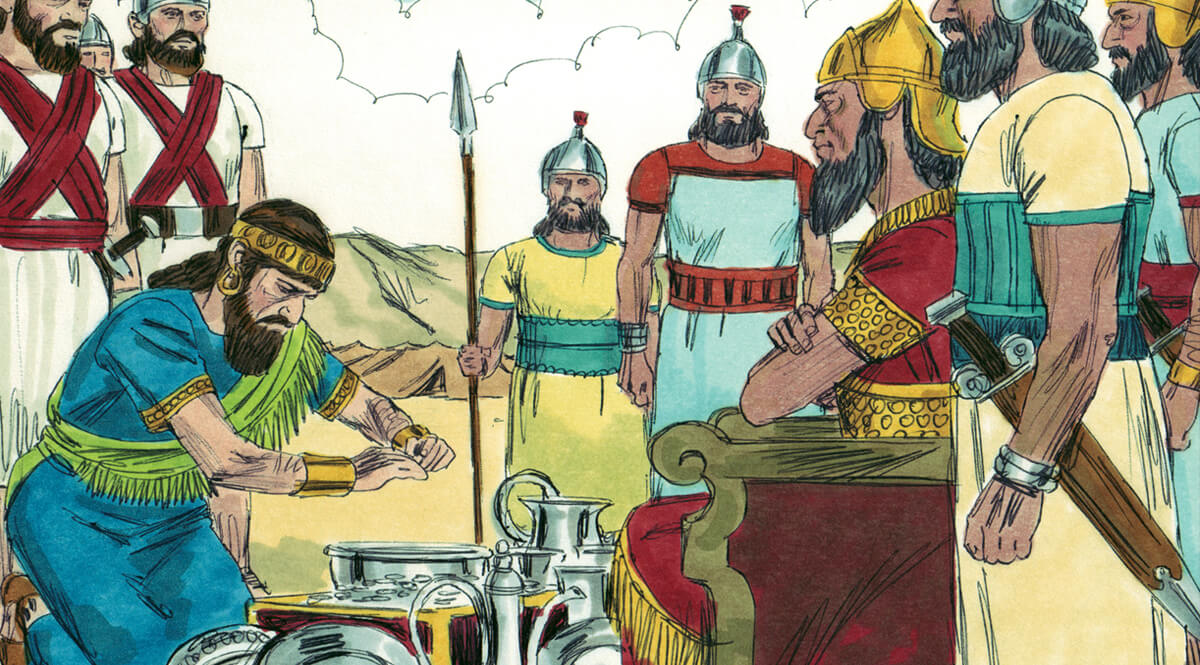 It was now 126 years after the death of Solomon and the division of the Kingdom of Israel into two houses—the House of Israel and the House of Judah. A man named Amaziah came to the throne to rule for 29 years. To give you a feeling for the passage of time, if you count forward from the Declaration Independence—a similar sort of division—that 126 years would bring you to 1902. The comparable time period would be from 1902 to 1931. In Ussher’s chronology, this was 849 BC.

And he did that which was right in the sight of the Lord, yet not like David his father: he did according to all things as Joash his father did.

Note, he doesn’t hearken back to Solomon to look for an example, but to David. Now, we all know what a rounder David was at times, and a bloody man. So what does it mean when we look back to David as a kind of archetype? Well, the key element with David is that, while he did sin and was chastised for it, David never allowed idolatry to flourish and never served any other God. Thus, when David went astray—when he sinned—the way back to God, to forgiveness and restoration, was always open.

That wasn’t the case for many of David’s successors. What the Bible calls the high places had been important centers of the Canaanite religion, but had mostly been destroyed as Israel entered the land. Many later kings, however, worshipped among the high places—or least tolerated them. And this was more than burning a little incense. It was the involvement with male and female prostitutes in these sites—sometimes children. You have to know this in order to understand the fury that God directs against their continued existence.