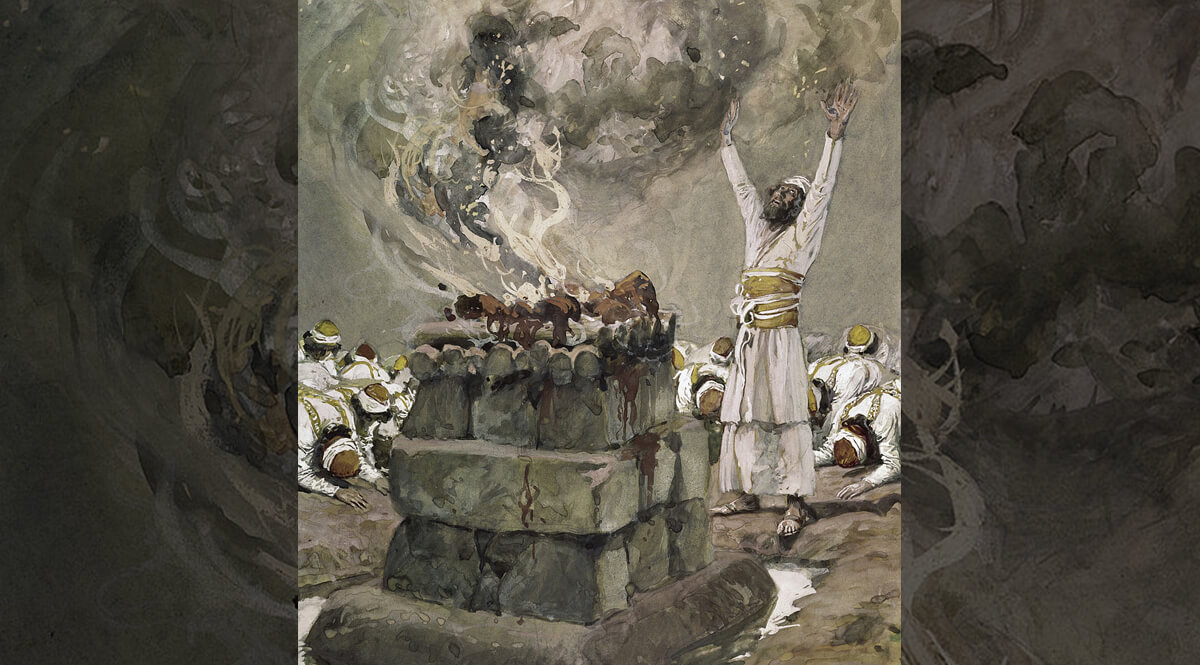 He is the archetype of all prophets; his name was Elijah. Probably one of the reasons he is so well known is because he is so persistent in the Bible—he keeps cropping up. He was to come just before Jesus (John the Baptist, everyone sees, fulfilled that) but most students of prophecy expect him to come again at the end time. This naturally leads to a lot of pretenders. I have met three or four Elijahs myself.

If you recall the caricature of a man with a long beard, wearing a robe, and carrying a sign that says, The End is Near, you have an idea what these self-appointed Elijahs looked like. And self-appointed is the word. Most modern, would-be prophets are self-appointed. Prophets, you know, are a dime a dozen. The real Elijah—the prototypical prophet—was emphatically not self-appointed, and God took him out of his toolbox to say what needed to be said. He stepped up to the plate and delivered one short sentence.

And Elijah said, As the Lord of hosts lives, before whom I stand, I will surely show myself unto him today.

And then he disappeared for three-and-a-half years. Not another word. I encountered one of these self-appointed prophets a few years ago, and I couldn’t get him out of my hair—not even with a flea comb. He only had one problem. He was wrong on every page. He was trying to tell me things about myself that were matters of verifiable fact, and he missed. He couldn’t have hit the side of a barn with a shotgun from inside. As dramatic as Elijah may seem as you read the book, he was really pretty simple—a man of few words—and he didn’t guess. He had a sure word from God.

Get your FREE COPY of The Book of Kings #11this message now!

Get a FREE copy of
The Book of Kings #11