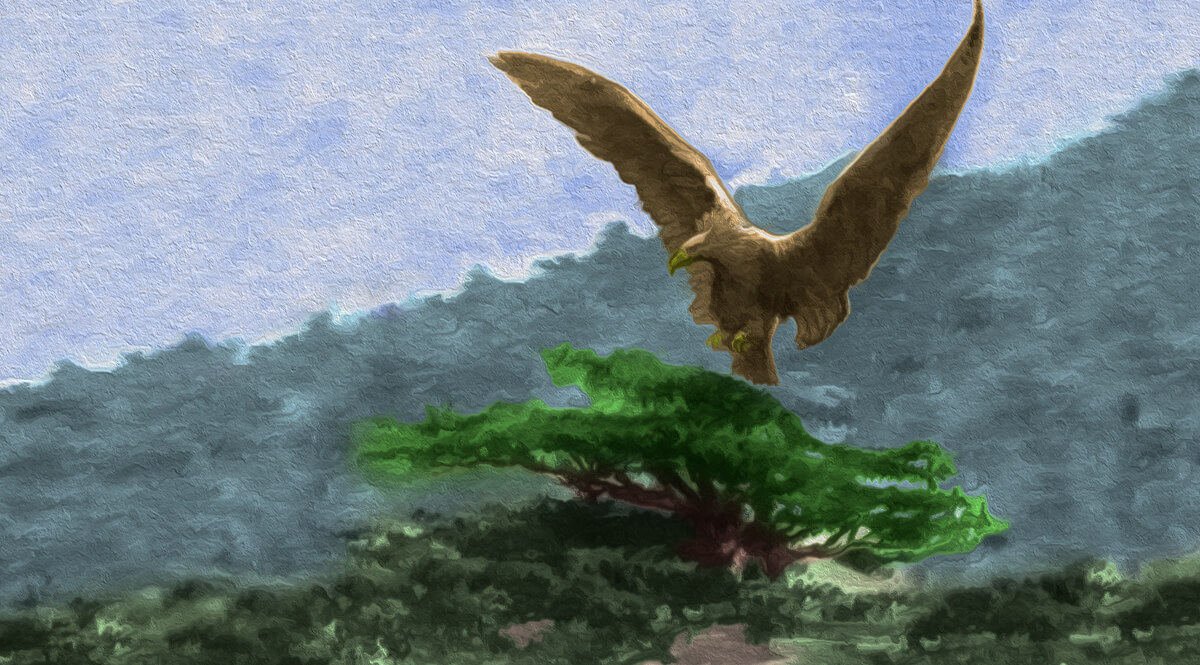 Son of man, put forth a riddle, and speak a parable unto the house of Israel; And say, Thus says the Lord God; A great eagle with great wings, longwinged, full of feathers, which had various colors, came unto Lebanon, and took the highest branch of the cedar: He cropped off the top of its young twigs, and carried it into a land of trade; he set it in a city of merchants. He took also of the seed of the land, and planted it in a fruitful field; he placed it by great waters, and set it as a willow tree. And it grew, and became a spreading vine of low stature, whose branches turned toward him, and its roots were under him: so it became a vine, and brought forth branches, and shot forth sprigs.

Note: The programs on Biblical history that Ron refers to are his series on the Books of Samuel and Kings.