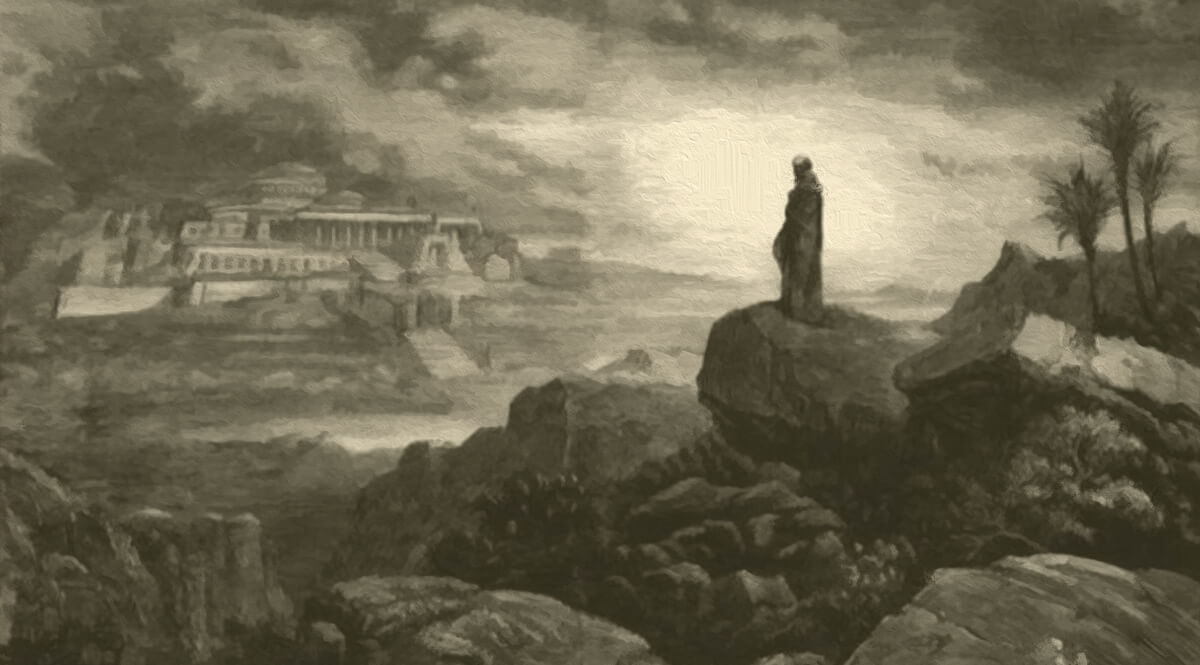 In the visions of God he brought me into the land of Israel, and set me upon a very high mountain, by which was a structure like a city on the south. And he brought me there, and, behold, there was a man, whose appearance was like the appearance of bronze, with a line of flax in his hand, and a measuring rod; and he stood in the gate.

And the man said unto me, Son of man, behold with your eyes, and hear with your ears, and set your heart upon all that I shall show you; for to the intent that I might show them unto you are you brought here: declare all that you see to the house of Israel.

There is a wealth of material on the Internet about Ezekiel’s temple, and it remains something of an Enigma.

R.J. Anderson lists four main questions which we can think about as we make our way through these passages, and they are as good a place to start as any:

Is the temple and its worship literal, or figurative?