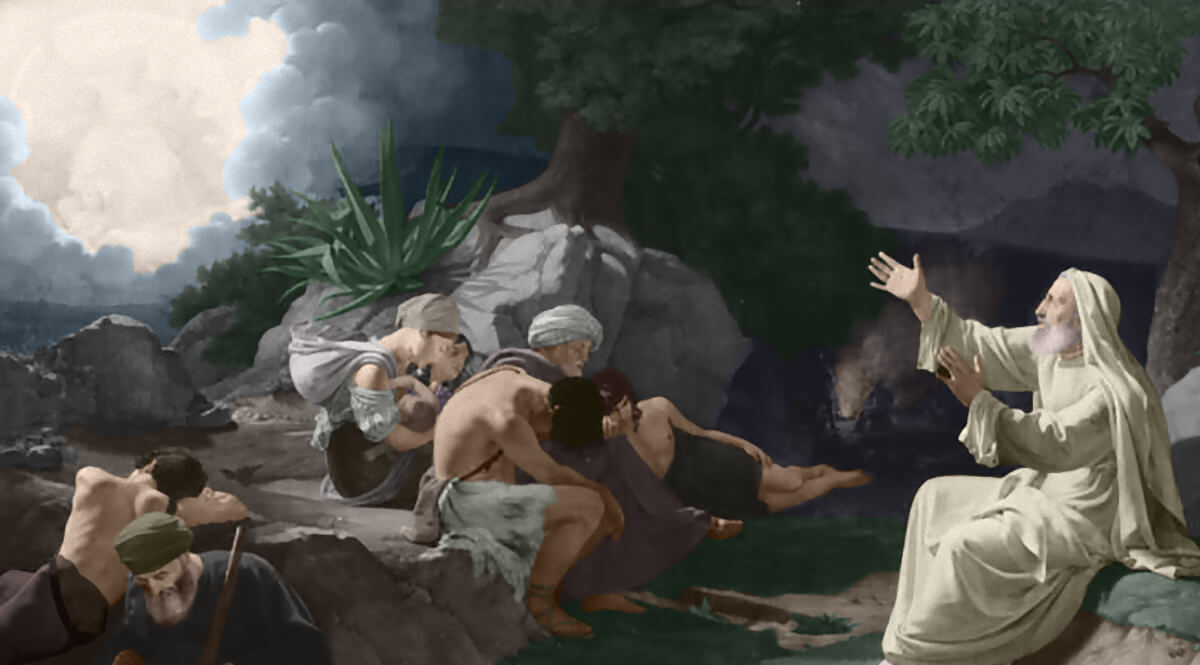 Now it came to pass in the thirtieth year, in the fourth month, in the fifth day of the month, as I was among the captives by the river of Chebar, that the heavens were opened, and I saw visions of God. […] And I looked, and, behold, a whirlwind came out of the north, a great cloud, and a fire engulfing itself, and a brightness was about it, and out of its midst as the color of amber, out of the midst of the fire.

Also out of its midst came the likeness of four living creatures. And this was their appearance; they had the likeness of a man. And each one had four faces, and each one had four wings. And their feet were straight feet; and the sole of their feet was like the sole of a calf’s foot: and they sparkled like the color of burnished bronze. And they had the hands of a man under their wings on their four sides; and the four had their faces and their wings.

Get your FREE COPY of The Book of Ezekiel #1this message now!

Get a FREE copy of
The Book of Ezekiel #1