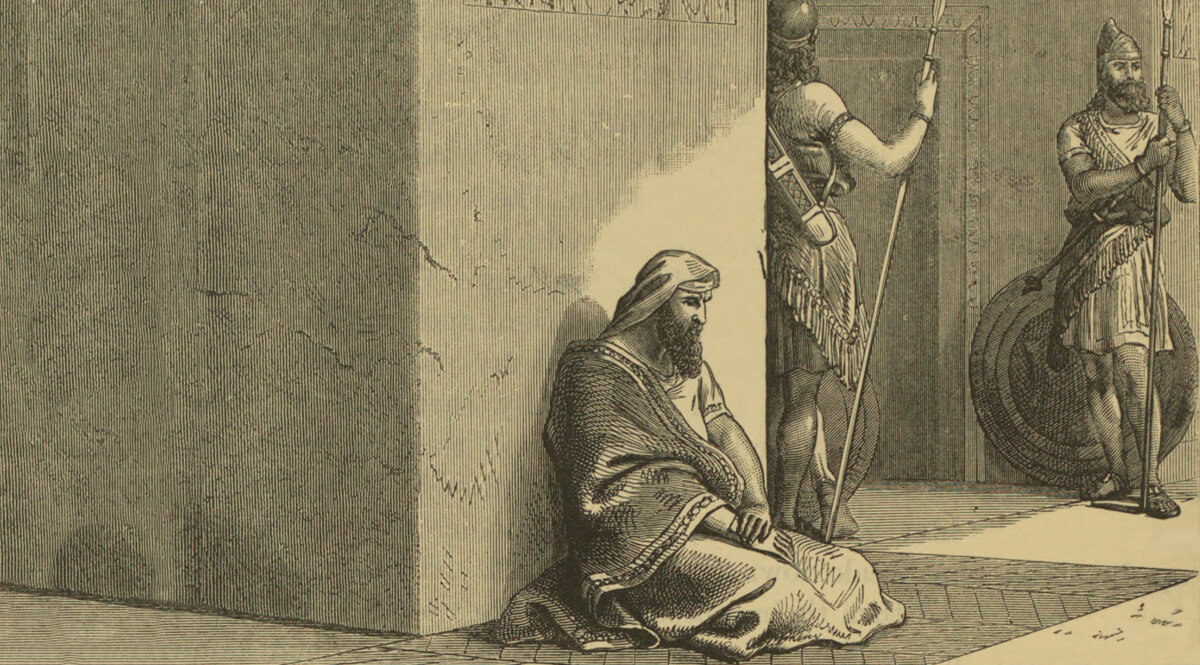 When Mordecai perceived all that was done, Mordecai rent his clothes and put on sackcloth with ashes, and went out into the midst of the city and cried with a loud and a bitter cry, and came even before the king’s gate; for none might enter into the king’s gate clothed with sackcloth. And in every province whithersoever the king’s commandment and his decree came, there was great mourning among the Jews, and fasting and weeping and wailing; and many lay in sackcloth and ashes. So Esther’s maids and her chamberlains came and told it to her. Then was the queen exceedingly grieved; and she sent raiment to clothe Mordecai, and to take away his sackcloth from him; but he received it not. Then called Esther for Hathach, one of the king’s chamberlains whom he had appointed to attend her, and gave him a commandment to Mordecai, to know what it was and why it was. So Hathach went forth to Mordecai unto the street of the city which was before the king’s gate.

Tonight we are pleased to have Rich Glasgow hosting our Friday night Bible study. Join us now as Rich continues his detailed study on the Book of Esther.