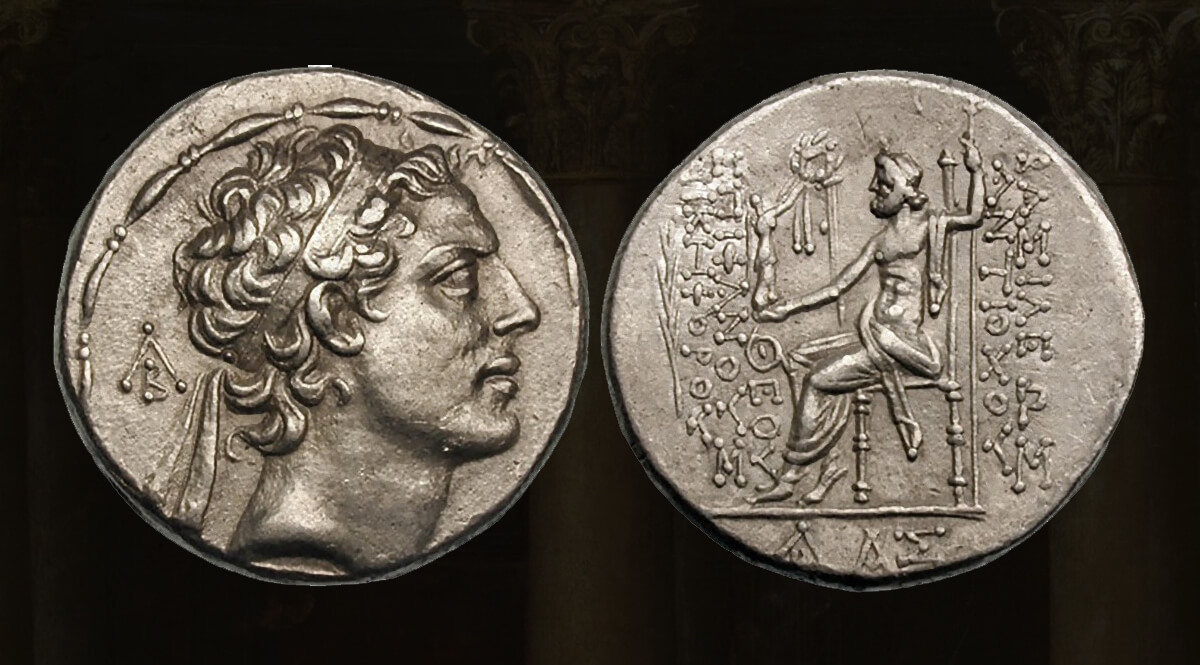 Early in the 2nd century BC, a truly vile man came on the scene in the Middle East. What is it about planet earth that our soil periodically brings forth such singular men—men of consummate evil? That they recur again and again is clear enough. What you may not realize is that the prophets recognized this repetition—at least they predicted that it would be so. How much they understood is less clear. It is only from a later vantage point that we can look back over the prophecies and the history of the time and see the importance of this theme.

If you are computer oriented, you know what an icon is. They are the little images around the your computer screen, each one standing for some action you might want to take. We also see them all the time on signs and labels, implicitly representing a concept.

Daniel, like most of the prophets is loaded with icons. They are verbal descriptions of things he saw. And the things he saw stood for events, systems of government, rulers, kingdoms. Even certain people or kinds of people. If Daniel were on a computer screen with all of his icons around the screen, there would be one singularly important icon. It would be a little horn. So what does this represent?

Image Credits: Institute for the Study of the Ancient World - New York University