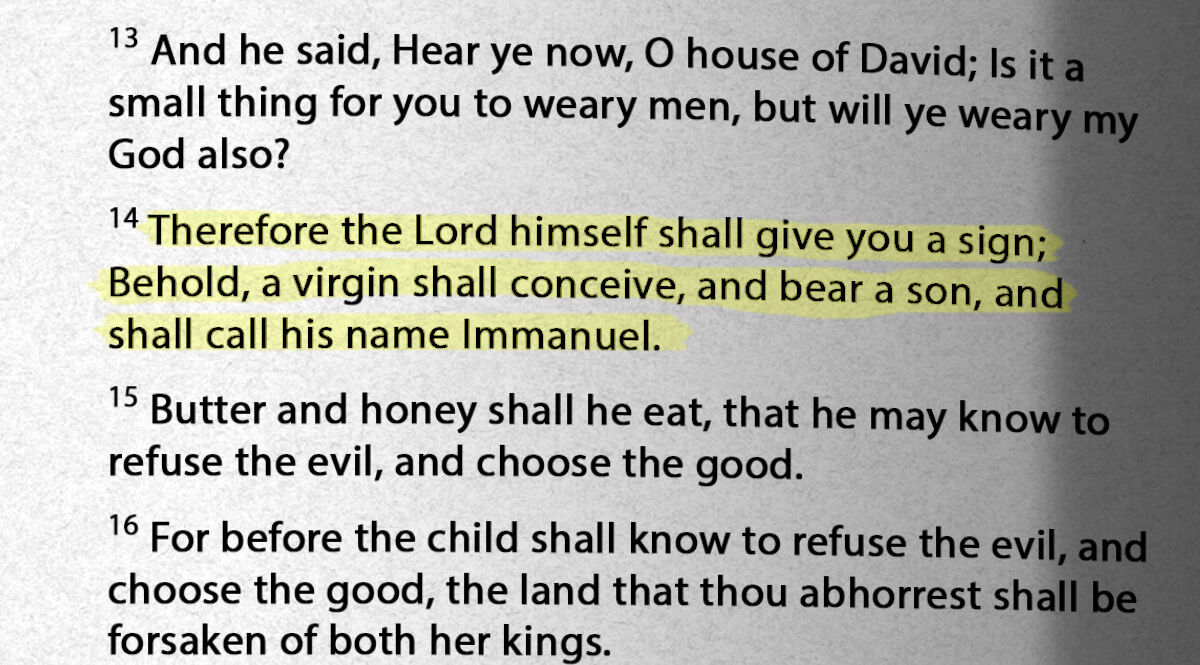 Poor Joseph. It is hard to imagine what a shock it was to him when he learned that his betrothed wife was with child. Understand that, in that society, at that time, this was a much bigger thing that it is today. The role of women in society was different, and her marriage-ability was all that stood between a young woman and starvation—or perhaps prostitution. In some societies, it led to what is called an honor killing—that is, the girl had shamed her family, and the father killed her for it. Israelite law allowed for stoning the girl for playing the harlot, but it was not required. And thus, Joseph decided he would just quietly put the girl away instead.

God had chosen well in this man and this girl. They were good people. Joseph was a just man, and his betrothed, Mary, was a remarkably poised young woman. Thus, a messenger from God appeared to Joseph in a dream and told him not to hesitate to take Mary as his wife because the child she was carrying would be a son who would save his people from their sins. Joseph had to understand that this meant the boy Mary was carrying would be the Messiah. He was to be named, Jesus. Matthew then adds one relevant fact:

Now all this was done, that it might be fulfilled which was spoken of the Lord by the prophet, saying, Behold, a virgin shall be with child, and shall bring forth a son, and they shall call his name Emmanuel, which being interpreted is, God with us.

Now the prophet being cited here was Isaiah, and the prophecy came in a definite time and place in history. Taken in isolation, I would never have connected this prophecy with the Messiah. Because what Isaiah will offer is a type of something yet to come. (I explained the term type and its corollary, anti-type in the last program. So keeping this in mind, and realizing that Isaiah has no idea that this prophecy would be applied to Christ by Matthew, let’s consider the context of what Isaiah said. We’ll find it in Isaiah, chapter 7.