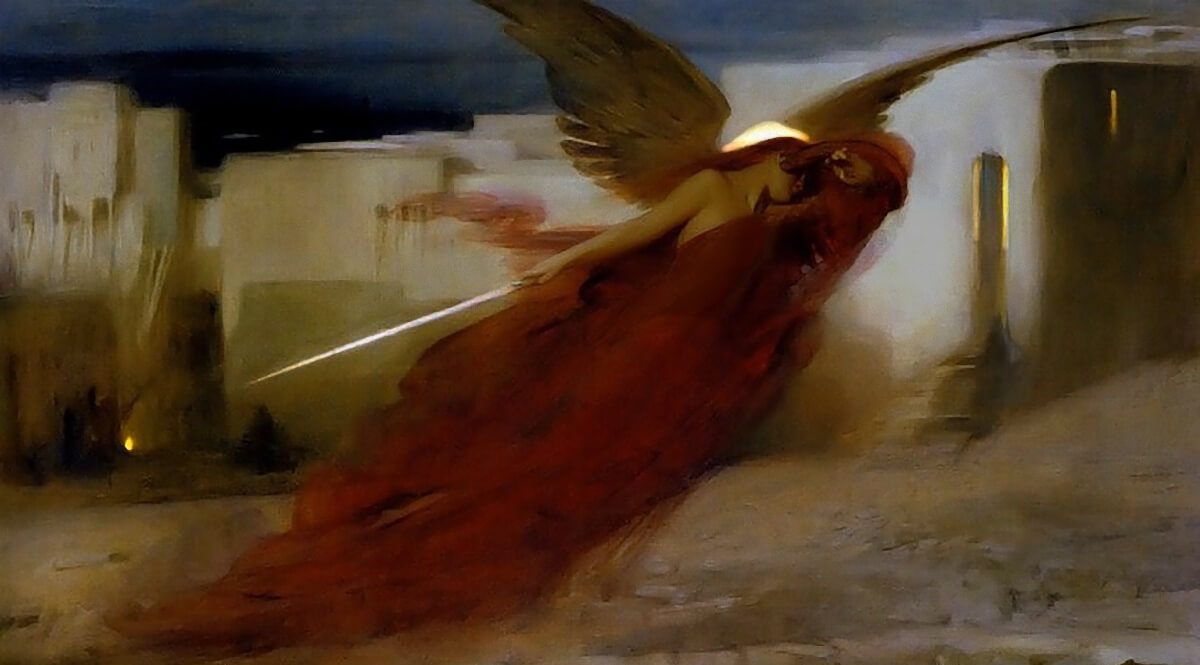 Does God get angry? We know he does—everyone has heard about the wrath of God—but, you know, I think it’s fair to say that a lot of people don’t see what God has to be angry about. When they read scriptures about the wrath of God, they shiver a little, but they really don’t understand. They either think of God as an irascible tyrant, or they just don’t believe he is really all that angry.

Between the movies The Ten Commandments and Prince of Egypt, everyone knows how the death of the firstborn in Egypt was the means God used to finally force Pharaoh to let the Israelites go. But someone asked me recently why God had to kill the firstborn of Egypt just to get the Israelites out of there? After all, he is God, isn’t he? Couldn’t he have found a better way to do that? The kids hadn’t done anything, had they? No, they hadn’t. And so it might be important to understand what actually happened—to understand what the basis of the anger of God might be. The movie-makers were troubled by it. It’s obvious by the way they tried, in their own way, to make sense of it—by having Pharaoh pronounce judgement upon himself…which really doesn’t match the Bible. So why don’t we try to understand what’s going on here.

7 And the children of Israel were fruitful, and increased abundantly, and multiplied, and grew exceedingly mighty; and the land was filled with them.
8 Now there arose up a new king over Egypt, who knew not Joseph.
9 And he said unto his people, Behold, the people of the children of Israel are more and mightier than we:
10 Come, let us deal wisely with them; lest they multiply, and it come to pass, that, when there come upon us any war, they join also unto our enemies, and fight against us, and so escape out of the land.
11 Therefore they did set over them taskmasters to afflict them with their burdens. And they built for Pharaoh treasure cities, Pithom and Raamses.
12 But the more they afflicted them, the more they multiplied and grew. And they were grieved because of the children of Israel.
13 And the Egyptians made the children of Israel to serve with rigor:
14 And they made their lives bitter with hard bondage, in mortar, and in brick, and in all manner of service in the field: all their service, in which they made them serve, was with rigor.

For us, this is just so many words on paper. I am sorry, I lack the powers of description to impress upon your mind what this was like. To get a grip on it, read a book like Man’s Search for Meaning by Viktor Frankel. It is a description of the Nazi’s use of slave labor in WWII. And the Egyptians did not make the Israelites slaves for a few years, like the Nazis. They held them generation after generation. We live so well, even the poorest of us, that we cannot grasp the degradation and death that is inseparable from this kind of slavery. We have little idea of the dehumanizing effect of it, not only on the slaves, but also on the masters. It turns the slaves into animals and the masters into monsters. But as we continue in the Book of Exodus, we’ll see that the diminution of human life was about to become even worse.