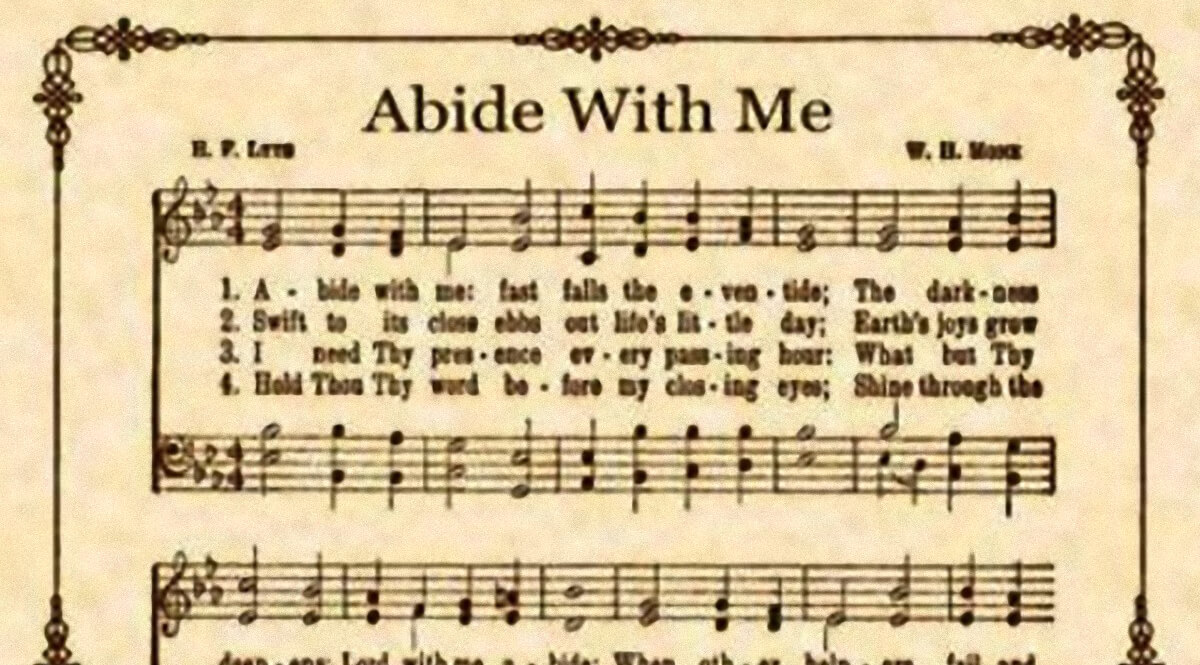 Abide with me; fast falls the eventide;
The darkness deepens; Lord with me abide.
When other helpers fail and comforts flee,
Help of the helpless, O abide with me.

It is an old, familiar friend, this hymn. There’s a good chance you know the tune and could sing it. Too often, when we sing these songs in church or hear them on the radio, we sing them without much reflection on the song—how and why it was written, and what the composer was trying to say. I’m not saying we need to read a biography on the songwriter; I mean listening to the words and asking, What was he thinking when he wrote this?

The man who wrote this particular hymn, Abide With Me, in 1847, was a man named Henry F. Lyte. He was inspired to write this hymn as he was dying of tuberculosis. He finished it the day he gave his farewell sermon in the parish he served for so many years. The next day, he left for Italy to regain his health. He didn’t make it, though—he died in Nice, France, three weeks after writing these words. In his farewell sermon he said:

O brethren, I stand here among you today, as alive from the dead, if I may hope to impress it upon you, and induce you to prepare for that solemn hour which must come to all, by a timely acquaintance with the death of Christ.

The pain of living and dying has a way of binding men together, even when they are separated by time and distance. The idea behind Abide With Me arose from another time and place, and from another man who was facing a painful death within hours. It was Jesus, at the last supper, who was engaged in a very long discourse with his disciples. It is unlikely that any of them really understood it at the time. In truth, much of what he said is lost on us even though the citations are familiar. Here is how he developed his theme in John, chapter 14.