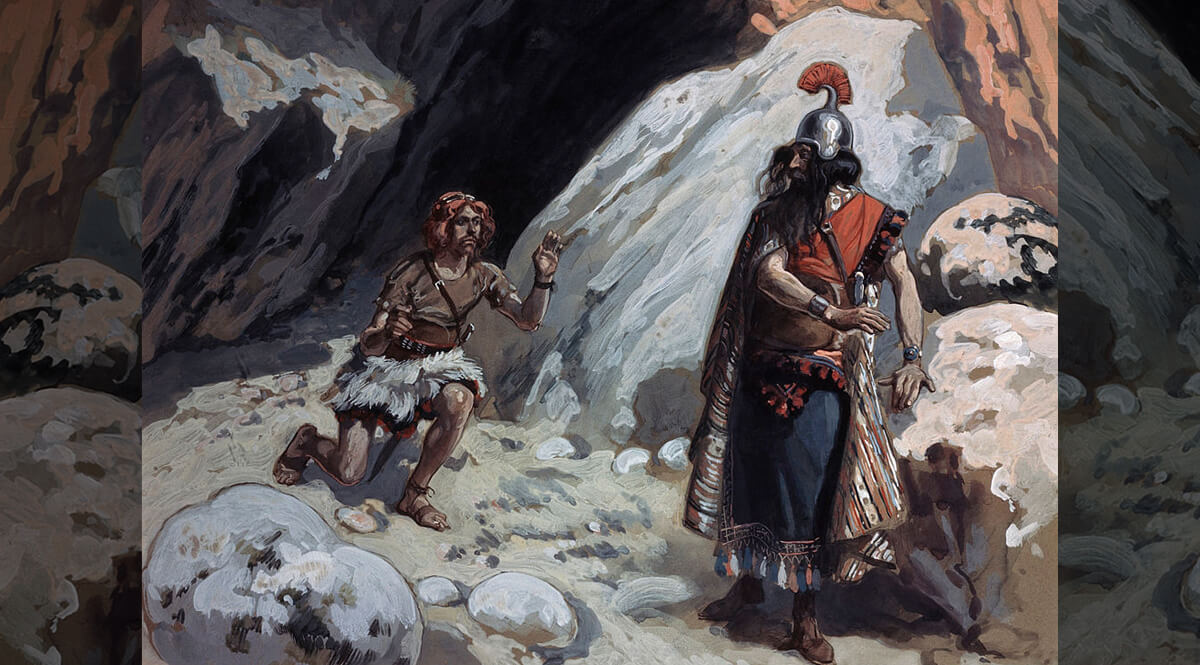 And it came to pass, when Saul was returned from following the Philistines, that it was told him, saying, Behold, David is in the wilderness of Engedi. Then Saul took three thousand chosen men out of all Israel, and went to seek David and his men on the rocks of the wild goats. And he came to the sheepcotes by the way, where was a cave; and Saul went in to cover his feet: and David and his men remained in the sides of the cave.

As Saul approached the cave:

[…T]he men of David said to him, Behold the day of which the Lord said to you, Behold, I will deliver your enemy into your hand, that you may do to him as it shall seem good to you. Then David arose, and cut off the skirt of Saul’s robe privately.

David could easily have struck Saul down at that moment. But he simply cut of the hem of Saul’s robe.

And it came to pass afterward, that David’s heart smote him, because he had cut off Saul’s skirt. And he said to his men, The Lord forbid that I should do this thing to my master, the Lord’s anointed, to stretch forth my hand against him, seeing he is the anointed of the Lord. So David stayed his servants with these words, and suffered them not to rise against Saul. But Saul rose up out of the cave, and went on his way.

So King Saul went on his way…but not before David followed him on his knees, begging for reconciliation. We’ll read his pleas as we continue in 1 Samuel.