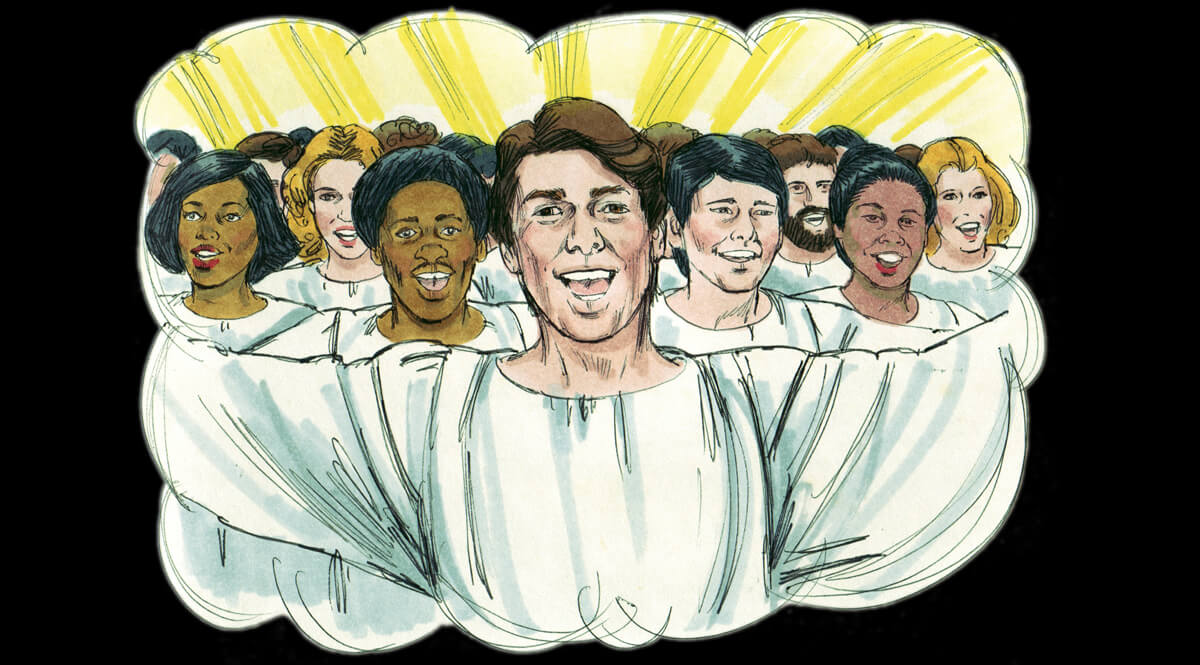 This entry is part 28 of 28 in the series Revelation

And there came unto me one of the seven angels which had the seven vials full of the seven last plagues, and talked with me, saying, Come hither, I will shew thee the bride, the Lamb’s wife. And he carried me away in the spirit to a great and high mountain, and he shewed me that great city, the holy Jerusalem, descending out of heaven from God.

Now, his great city is not like anything you and I might imagine. No artist has ever come close to capturing the image of this city. And, of course, anyone who has visited the old city of Jerusalem as it now is can dismiss that out of hand. One wonders how anyone can refer to Jerusalem as beautiful or golden when one visits the city on the ground. What’s there now is not what was and certainly not what will be. Not even John who saw this vision could really do it justice.

The vision is found in Revelation chapter 21 and we’re beginning along about verse nine. This is part of the final vision of John in the Book of Revelation. We have to remember that this is a vision. It was very vivid and very real to John. Also remember that no man had ever seen anything like this. All John could do is tell us what he saw in terms of what he had previously seen in his lifetime. After all, he had his language, he had his vocabulary, he had his imagery. That’s all he had to work with, and what he was seeing, well, he must have felt totally inadequate to the task. But he continued:

And he carried me away in the spirit to a great and high mountain, and shewed me that great city, the holy Jerusalem, descending out of heaven from God, Having the glory of God: and her light was like unto a stone most precious, even like a jasper stone, clear as crystal; And had a wall great and high, and had twelve gates, and at the gates twelve angels, and names written thereon, On the east three gates; on the north three Gates; on the south three gates; and on the west three gates. And the wall of the city had twelve foundations, and in them the names of the twelve apostles of the Lamb.

Now it strikes me, and perhaps it strikes you the same way, a little odd, how often the 12 tribes of Israel come into play in a prophecy dealing with the very end of time. You would have thought that some of these in the Old Testament would have long since faded from the scene and would no longer be relevant, but here they are. You have 12 gates, and every gate has the name of one of the 12 tribes. You have 12 foundations, and the names of the 12 apostles are on those foundations, and Jesus said that the 12 apostles would sit on 12 thrones judging the 12 tribes of Israel in his kingdom. Well, I guess what we have to conclude is that when all is said and done, God is not yet finished with the 12 tribes.