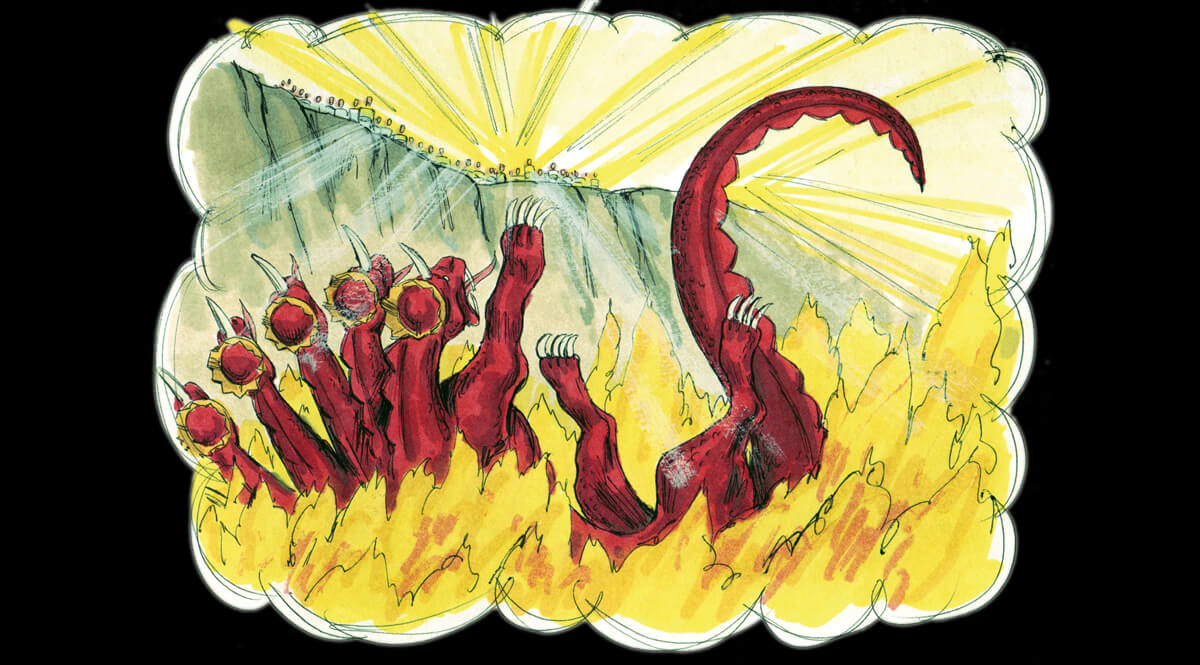 This entry is part 26 of 28 in the series Revelation

And I saw heaven opened, and behold a white horse; and he that sat upon him was called Faithful and True, and in righteousness doth he judge and make war.

Earlier in the Book of Revelation we’ve been introduced to the Lamb of God—a Lamb that was slain, a Lamb that takes away the sin of the world—the Passover Lamb, if you will. Now we are introduced to a very different Christ, and the world is going to have to come up against him, face the Christ who is not merely a Lamb, not a meek and mild Lamb, but a warrior, a warrior mounted upon a white horse with a sword, and crowns upon his head. His eyes, we are told, are like a flame of fire, and on his head were many crowns, and he had a name written that no man knew but he himself. And he is clothed in a vesture dipped in blood. That’s the only record we have as to his sacrifice in this different environment. His name is called the Word of God. This is the return of Christ.

Of all the things that puzzles me, and will always puzzle me, I think, but if you’ll go around to Christian people who say they believe in Jesus, they believe in what he said, they believe what he said was true, they believe the Bible is true, they’re Christian people. Many of them might even be graduates of seminaries or religious schools, Bible schools, if you were to ask these people, “Do you believe in a literal return of Jesus Christ,” a surprising number of them will tell you, “No, I don’t.” Now what’s odd about this is that back in John the fourteenth chapter, when Jesus was preparing his disciples for his departure, he said this:

Let not your heart be troubled, ye believe in God, believe also in me.

Now what’s odd about this is that in the face of so many of the assumptions we make about Christianity, one wonders, Why is he coming back? Why is there any need for Jesus to come again?