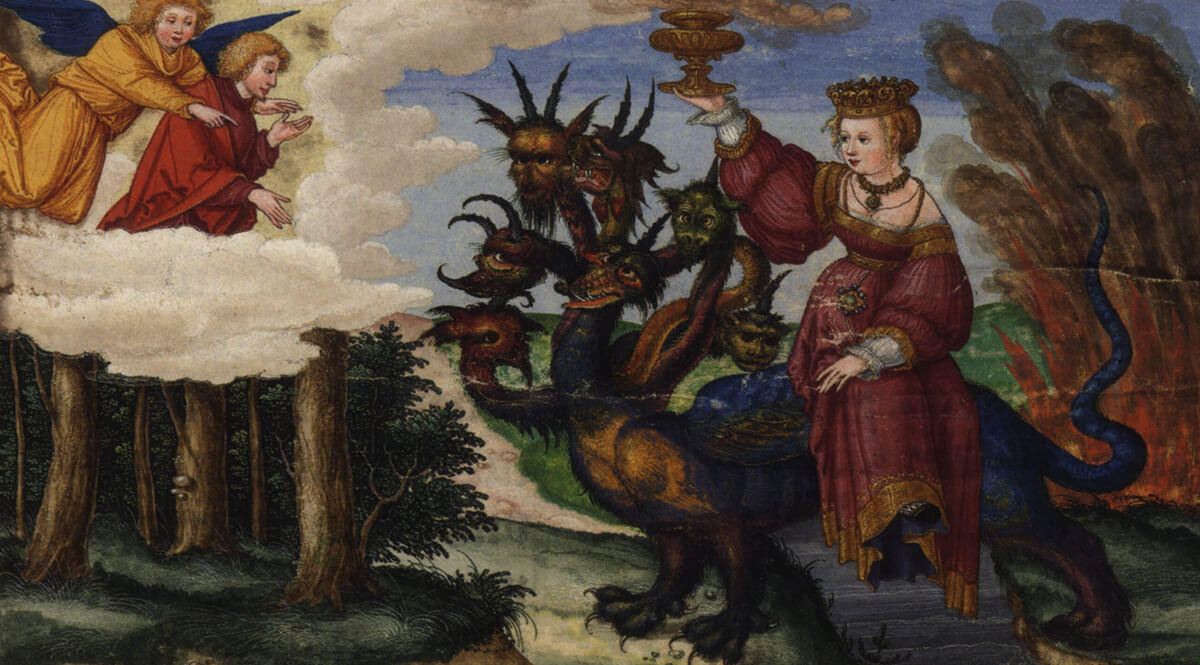 This entry is part 23 of 28 in the series Revelation

And the seventh angel poured out his vial into the air; and there came a great voice out of the temple of heaven, from the throne, saying, It is done. And there were voices, and thunders, and lightnings; and there was a great earthquake, such as was not since men were upon the earth, so mighty an earthquake, and so great. And the great city was divided into three parts, and the cities of the nations fell: and great Babylon came in remembrance before God, to give unto her the cup of the wine of the fierceness of his wrath. And every island fled away, and the mountains were not found. And there fell upon men a great hail out of heaven, every stone about the weight of a talent: and men blasphemed God because of the plague of the hail; for the plague thereof was exceeding great. Thus closes the sixteenth chapter of Revelation. It’s the final culmination of the wrath of God, and that wrath is focused on, poured out on what John calls Great Babylon.

But Babylon has been in ruins for thousands of years, and had been for a long, long time when John wrote that. How could Babylon be a player at the very time of the end?